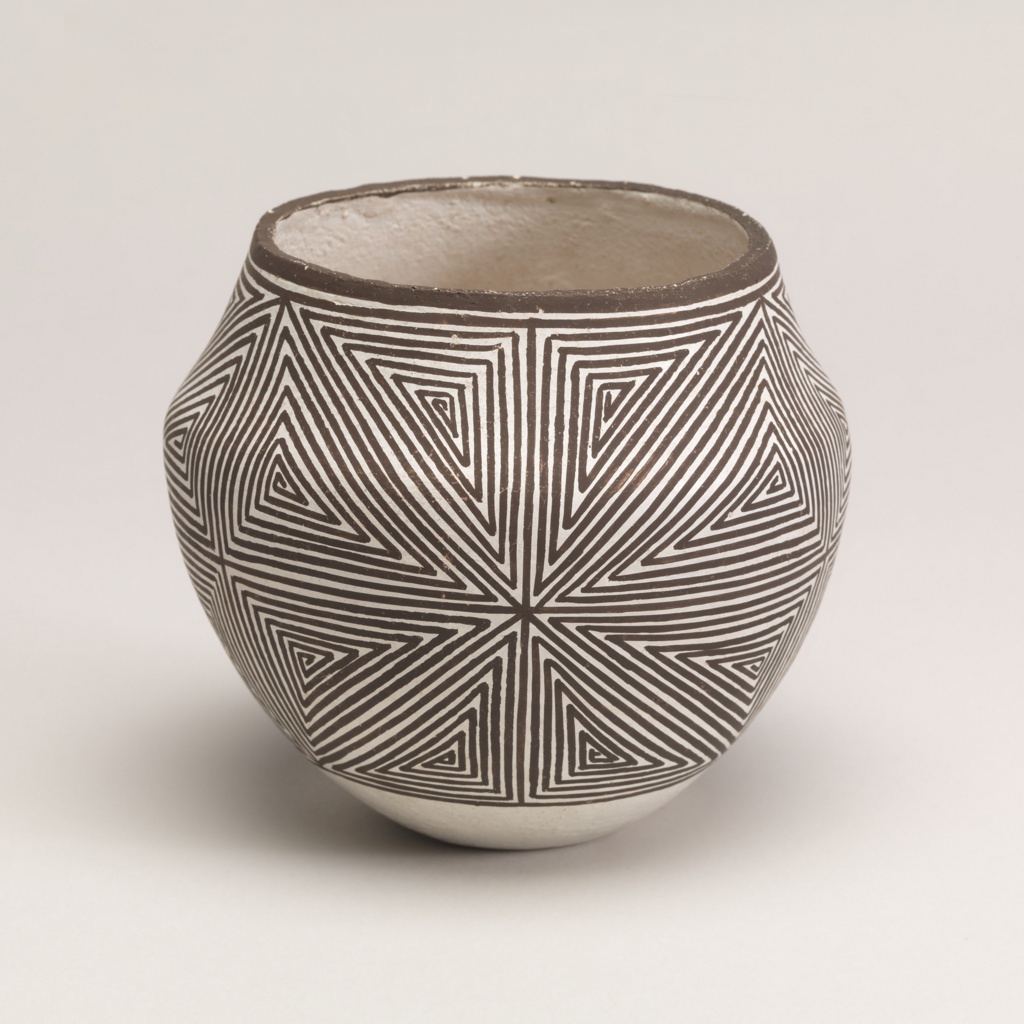 Lucy Martin Lewis learned to make pottery from her great-Aunt and other women living in Sky City, a remote three hundred foot high sandstone mesa in Acoma Pueblo, New Mexico. Until the middle of the twentieth century, the community had no plumbing and pottery jars were necessary for hauling essentials to the waterless mesa. Pottery making was a woman’s art, and most Acoma women were skilled ceramicists and pottery painters. Their wares were traded throughout New Mexico but Lewis was anonymous outside of her Pueblo until she entered an art competition in Gallup, New Mexico in 1950.There she won an Award of Merit, the first of many honors she would receive over her lifetime. Lucy Martin Lewis was the first Acoma pottery artist to sign her work, thereby raising the status of her pottery to that of fine art. Remaining active into her 90s, Lewis infused her work with ancestral designs, and each pot stands as evidence of immense ethnic pride. The extremely precise hand-painted geometric decoration on the surface of this vessel characterizes her work.

This pot can be seen in Ellen DeGeneres Selects, on view through May 21, 2017.

← Starry Indigo
Living in a World of Nursery Rhymes →