The Fabric of a Campaign 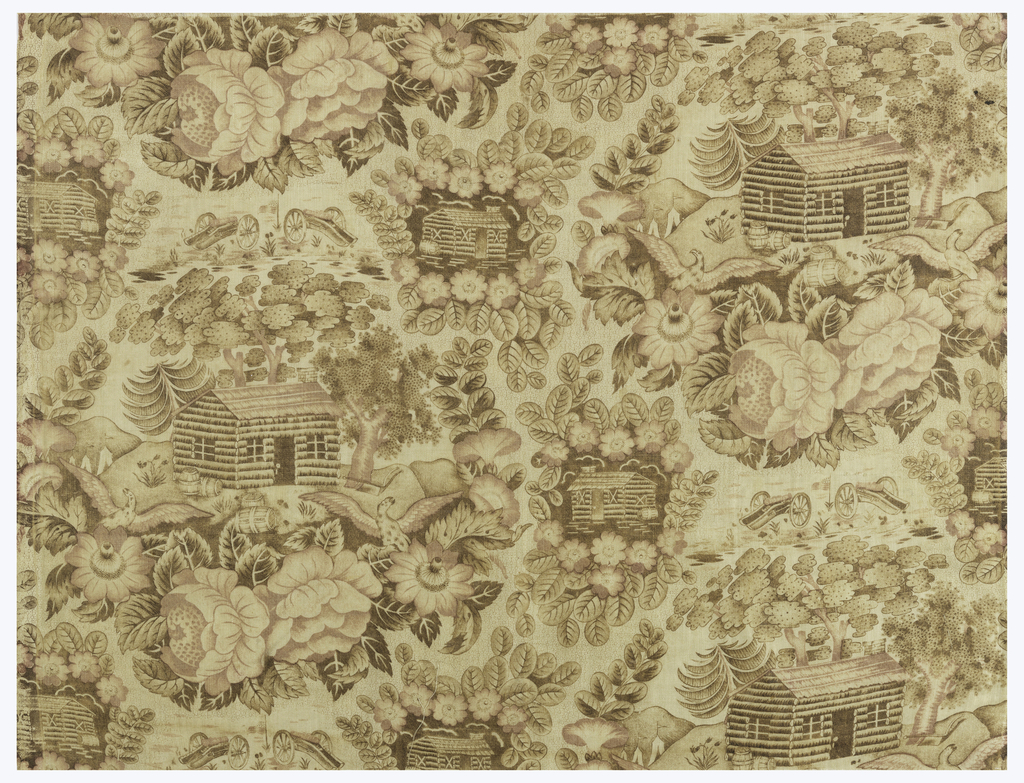 The election of 1840 is considered to be the first modern political campaign – the catchy slogan “Tippecanoe and Tyler, Too” lingers in the public consciousness 175 years later. It refers to Whig party candidate William Henry Harrison’s early military victory over the Shawneee Indians at the battle of Tippecanoe, which the party used to paint Harrison as both a military and a Western folk hero.

“Log Cabin and Hard Cider” imagery, which proliferated on a variety of campaign paraphernalia, originated in an insult to Harrison, who, at the time, was the oldest candidate to the office of president. One reporter suggested “Give him a barrel of hard cider, and settle a pension of $2,000 a year on him, and… he will sit the remainder of his days in his log cabin…” The Whig party turned this to his advantage, casting Harrison as a common man and his opponent, Martin van Buren, as a wealthy patrician.