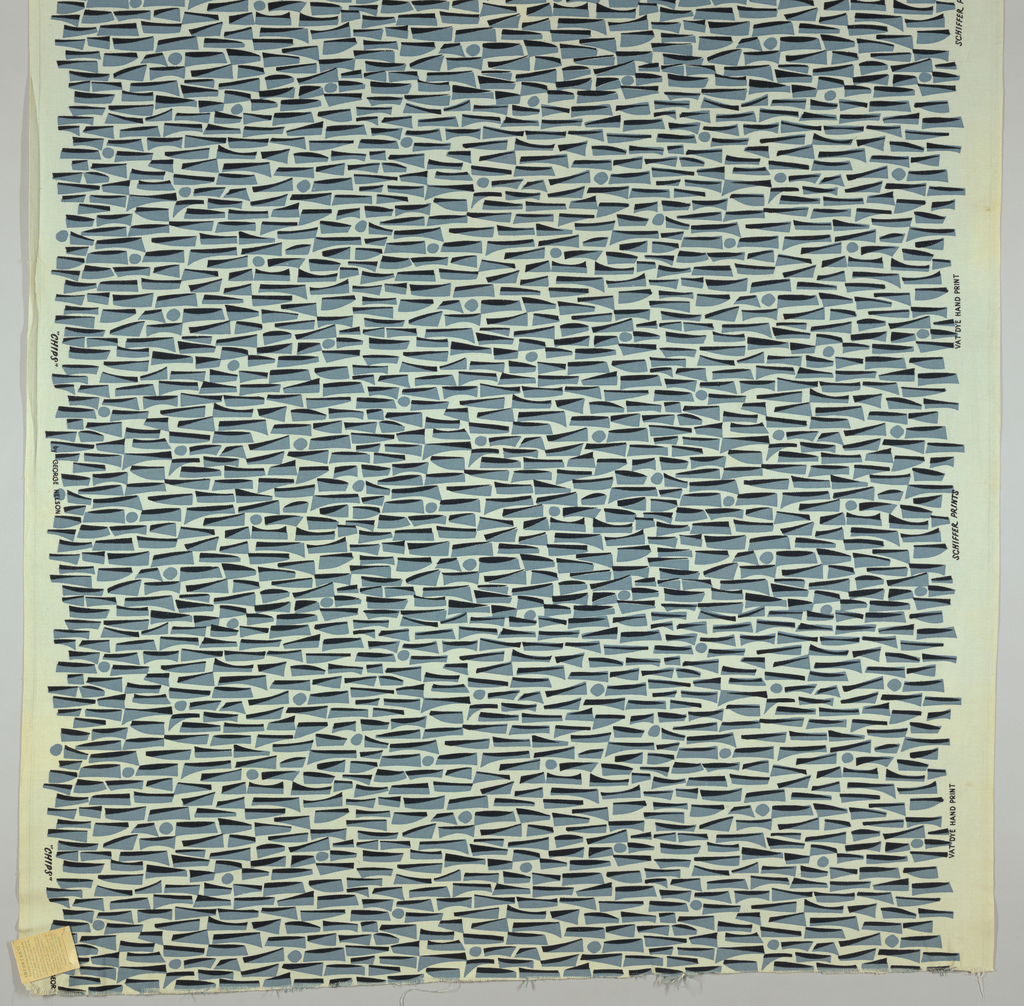 In the aftermath of World War II, a number of textile producers attempted to revitalize the industry by enlisting recognized personalities in art and architecture to design screen prints. “Perhaps the most outstanding name collection is Stimulus Fabrics produced by Schiffer Prints,” Alvin Lustig wrote in American Fabrics Magazine in 1951. “There was not a professional fabric designer in the group, but nevertheless a distinguished collection was established.”[1]

Schiffer invited six architects, designers and artists, including Salvador Dali, Ray Eames, George Nelson, Bernard Rudofsky, Abel Sorenson, and Edward Wormley, to design textiles for the collection, which debuted at the Architectural League of New York. The New York Times hailed it as “Unquestionably the most brilliant single collection of all modern prints introduced since the war.”[2]

Some designs were to the trade only, and were available to architects and designers exclusively through L. Anton Maix. A different collection was sold to retail customers though department stores like W. and J. Sloane. Still others found their way into moderately priced apparel. Forty different designs were created between 1949 and 1962, when Schiffer closed.

Irving Harper, an employee of George Nelson Associates, designed Chips and six other prints that carry the George Nelson name.[3] Dark shading gives a three-dimensional effect to scattered abstracted shapes. The design was used on the cover of Schiffer’s 1950 brochure promoting the Stimulus collection. There are currently four George Nelson pieces in the collection: a chair, two clocks and a storage system.

← The Writing is on the Wall
Ceramic Seashells at the Seashore →