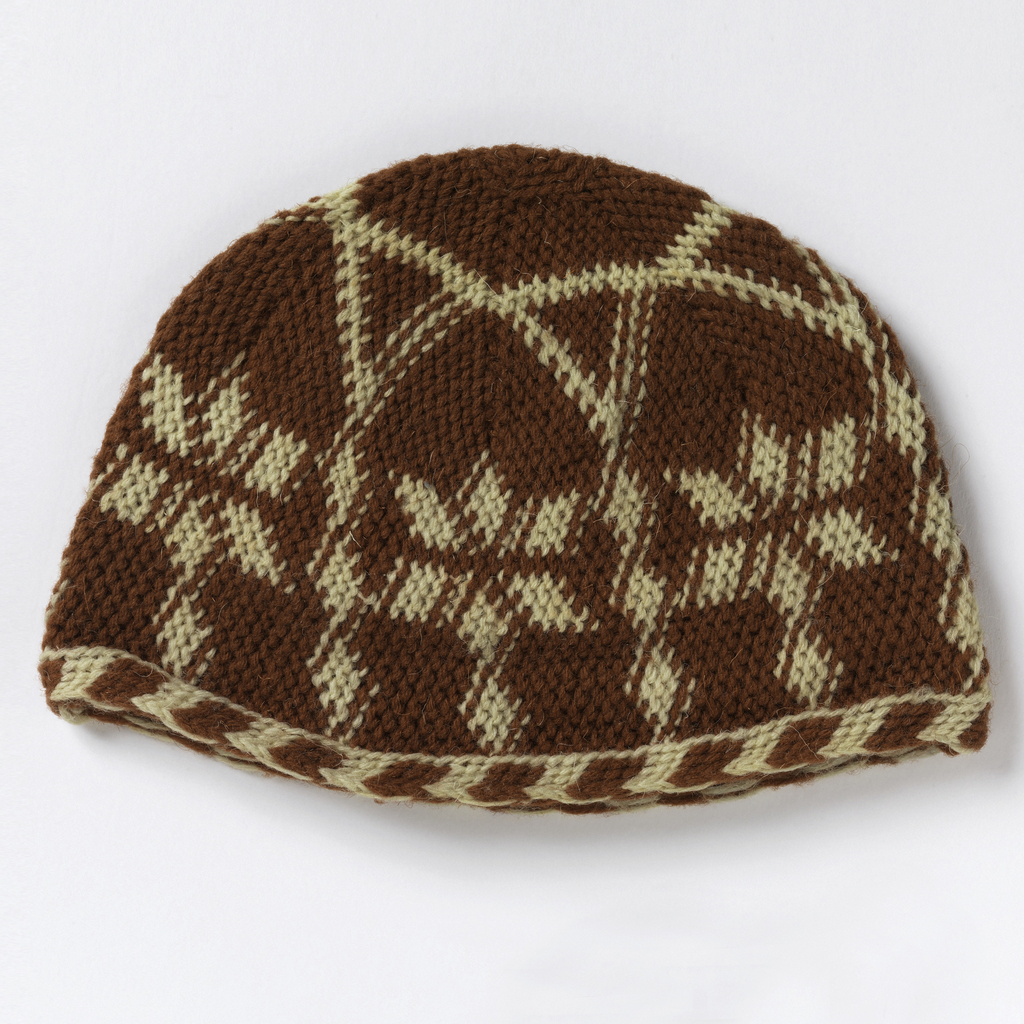 This wool cap, probably intended for a man, was made in the first half of the 20th century by the indigenous inhabitants of Morocco, the Amazigh people (also called the Berbers), who make up 40-60 percent of the population and have a language and culture distinct from Arabs. Amazigh textiles were mainly produced by women, and they still are, since social restrictions make this household trade one of the few respectable ways for women to earn income. It is believed that wool has considerable Baraka, or blessing, which can be transferred to the weaver or knitter, and Amazigh women who work wool are highly respected and considered desirable by men. The traditional geometric design of this hat features a large Solomon’s seal, or six-pointed star, on the top of the head and six smaller Solomon’s seals around the sides. This symbol appears in Amazigh designs in order to avert the evil eye and to protect against Jnun, spirits that cause strange phenomena.