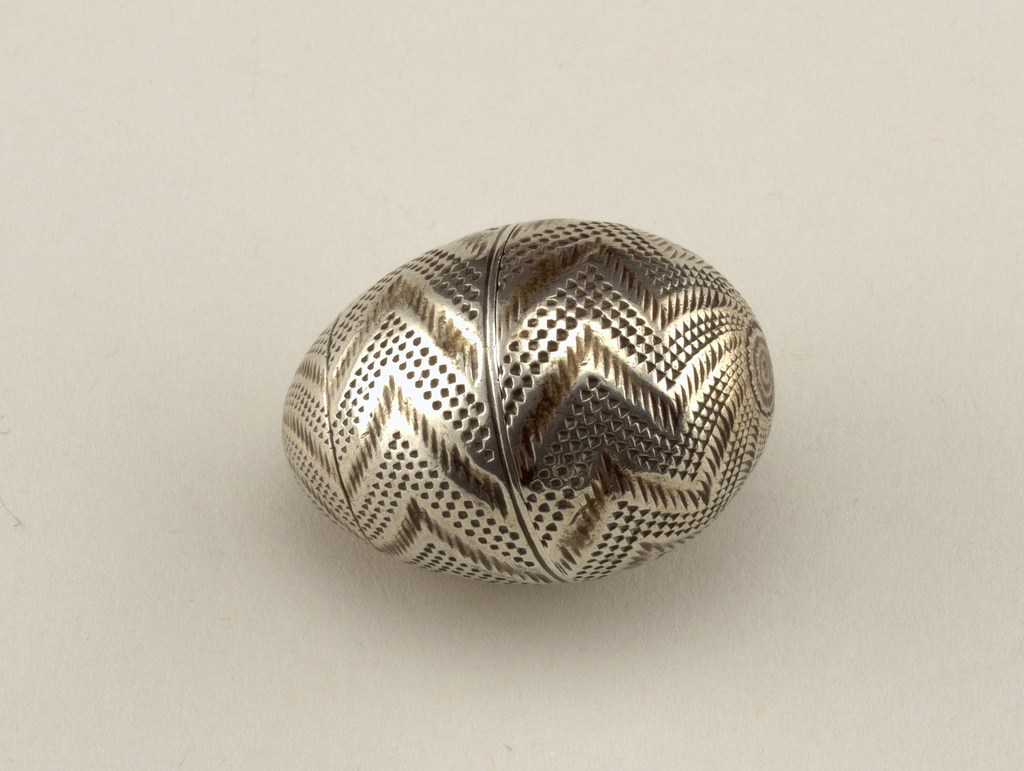 Fainting was a common occurrence among nineteenth-century women who tight-laced their corsets, thus restricting both deep breathing and the sufficient consumption of food. Victorian publications warned that fainting could also be induced by sudden and violent emotions, powerful odors and “derangement of the bowels” (a wonderful phrase). Recovery was accelerated by lying horizontally while sprinkling cold water on the face; fainting couches and whole rooms were provided for this purpose. The most common method, however, was to revive the fallen person with the pungent odor of a vinaigrette— a small piece of sponge saturated with vinegar steeped in herbs and spices. This remedy, the equivalent of modern-day smelling salts, was stored within dainty containers made in great variety. These could be carried on the body like jewelry and raised to the nostrils whenever one felt faint (or wished to demonstrate a delicate feminine constitution). As a small container for scents, the vinaigrette was a descendant of the pomander, a perfumed vessel first carried in the medieval period as a sensory aid to prayer, and protection against pestilence and foul smells. In the nineteenth century, vinaigrettes were among the various useful objects that a woman might suspend from her chatelaine, a chain worn at the waist. Keys, scissors, tools, and watches all swung in unison, announcing a woman’s presence and status as keeper of the household.

One thought on “Faint of Heart”