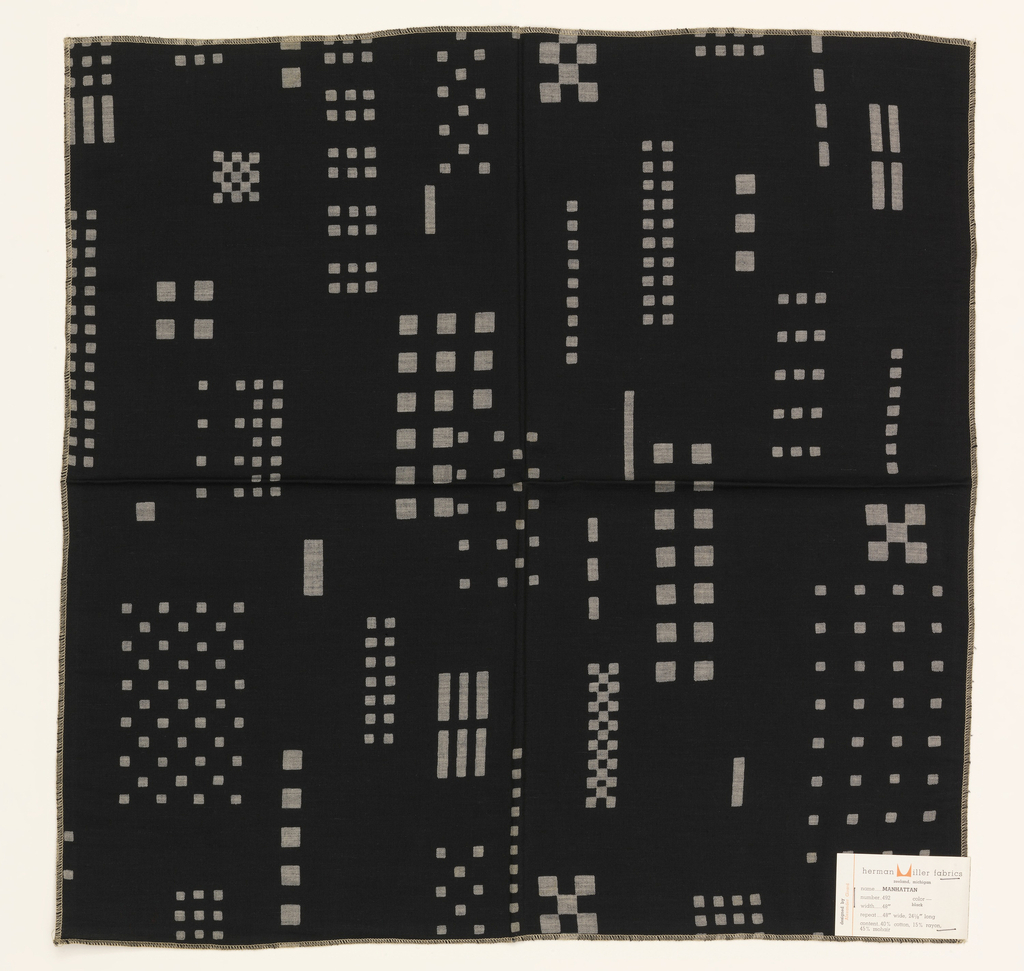 Alexander Girard produced over three hundred textile designs during his almost thirty-year tenure at Herman Miller, an important American furniture company and promoter of modern design. That Girard was trained as an architect should come as no surprise – like many architects of his generation, he had experienced firsthand the challenge of finding textiles appropriate for a modern interior.

As director of Herman Miller’s Textile Division, Gerard sought to create a fabric collection that would conform to his architectural training, combining pure forms like circles, triangles, and squares in appealing configurations. This piece is composed of white rectangles arranged in grid-like patterns against a black ground, suggesting a nighttime view of the Manhattan skyline. The Museum also houses the design for this textile (1969-165-268), produced as a blueprint like those used by architects and engineers.

Designs by Alexander Girard will be on display in Energizing the Everyday: Gifts from the George R. Kravis II Collection, on view April 27, 2016 through March 12, 2017.  From radios to furniture, the exhibition will display some of the most influential objects in the history of modernism, alongside contextual works drawn from the museum’s collection.