Are We having Fun Yet? 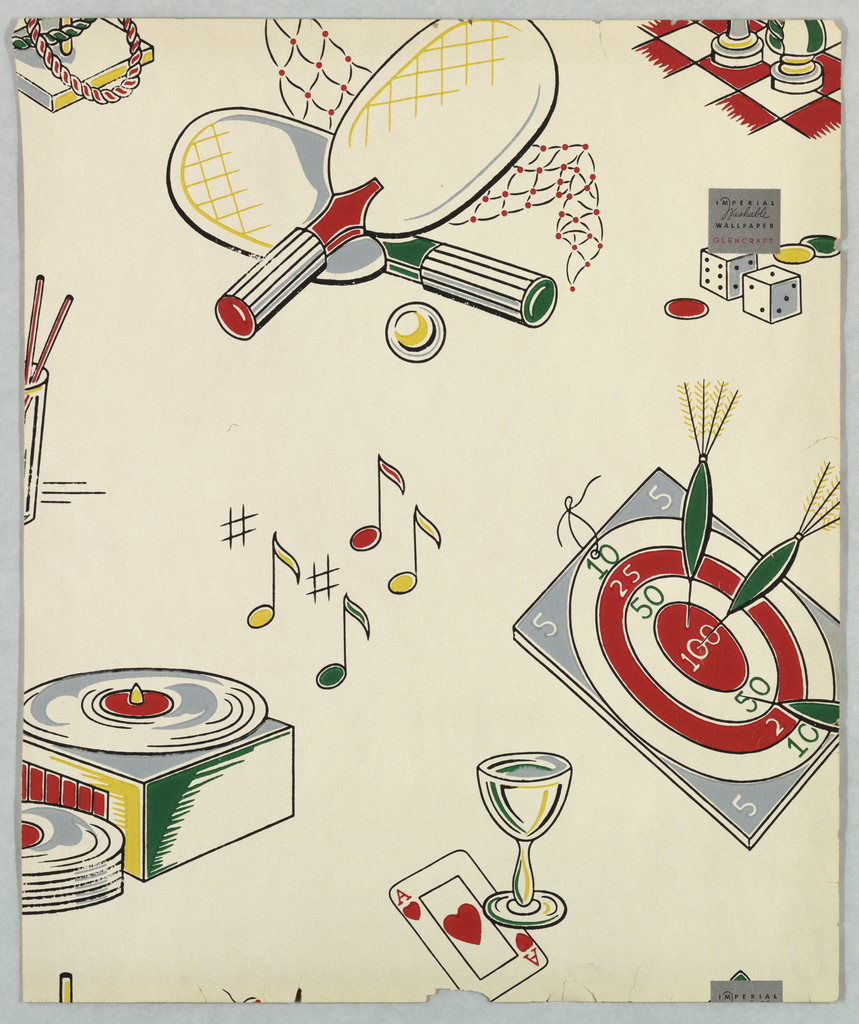 This wallpaper sample comes from a book put out by Imperial Wallcoverings in 1948. It would have been used in a family room or den—spaces that were relatively new concepts at the time. For many young men and women settling down in post-war America, a casual home life that revolved around leisure time with the nuclear family seemed an ideal existence. A little place in the suburbs was perceived as just far enough away from the obligations of extended family and one’s ethnic community for young spouses to form their own identity, free of larger social pressures. Thus, cozy and usable family rooms and eat-in kitchens began to take precedence over formal parlors and dining rooms. And if fun times with the family was the dream, then the decor of the family room had better be, well, fun! Imperial Wallcoverings—which built its first factory in 1901 and was by the late 1940s an absolutely massive company—smartly capitalized on the zeitgeist of the times with this playful pattern. It’s chock-full of wholesome activities that encourage interaction between parents, children and the occasional neighbor. Ping pong paddles, record players, dart boards, dice and drinks are rendered in bold blocks of red, yellow and green on a white ground. The objects float haphazardly on the page, mimicking the sort of cheerful chaos that one would hope to find in a room devoted specifically to amusement and togetherness. The best part? This paper is totally washable, so even Mom (who at this point was almost certainly a homemaker) could spend less time on household chores and more time playing ping pong with the gang.

← Your Own Little Sunrise
A Textile You Probably Shouldn’t Touch →