A Desktop Tower of Babel 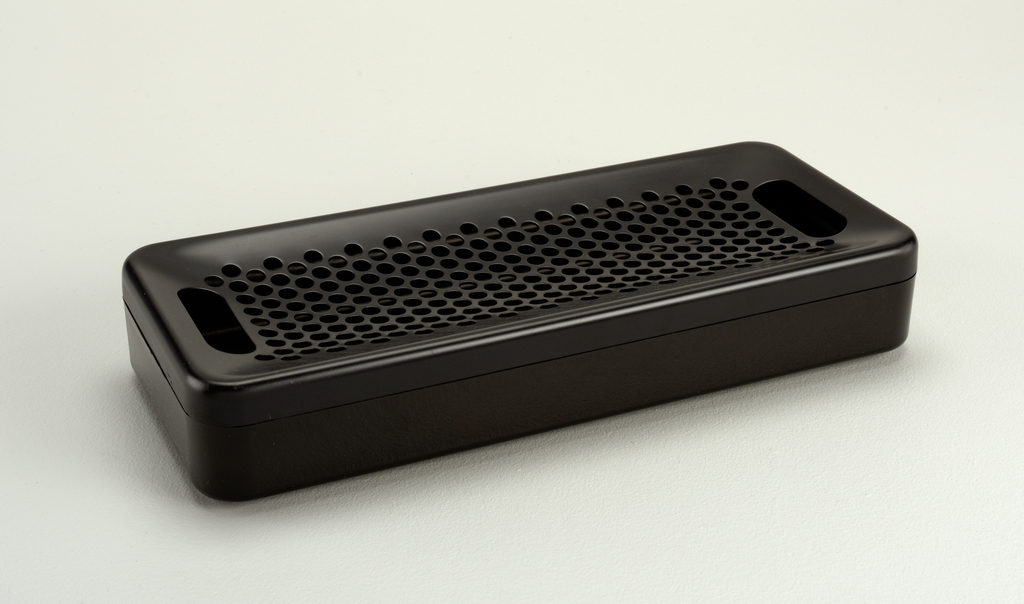 In the late 1970s Rino Pirovano and Rino Boschet purchased a workshop outside of Milan from the widow of an artisan who had earned his living producing metal and plastic motorcycle and scooter components. In taking over the space, Pirovano and Boschet inherited an assortment of equipment used by the old artisan for his trade, including two presses, shears, a lathe, a milling machine, and a drill. [1] This equipment shaped the palette of production techniques available to the duo who continued the workshop’s business of vehicle part replacement along with household and industrial machine component manufacture under the moniker Rexite. [2]

Soon Rexite welcomed a young designer named Raul Barbieri to collaborate with the company. Barbieri worked under Italian design luminary Ettore Sottsass on the iconic Valentine Typewriter produced by Olivetti, and he brought a sensibility steeped in the Pop Art-infused language of Postmodern design to Rexite. From his experience in lighting design, Barbieri knew Rexite’s talent for mold-making, molding plastic, and cutting metal, so he designed the Safe Tray to maximize the capabilities of these manufacturing techniques. [3] First conceived by Barbieri in collaboration with Giorgio Marianelli in 1977, the Safe Tray was the pair’s first design for Rexite, which they would later expand into a range of desktop accessories in the Babele series. The Safe Tray, along with the rest of the Babele set, feature industrially-applied decoration in the form of perforated patterns, which could be easily created using Pirovano and Boschet’s existing tools. [4] The simplified lines of the Babele series reflect not only an aesthetic sensibility, but also an optimization of form for efficient manufacture.

The stackable design of the Babele set’s modular components allows the accessories expand or condense based on a user’s needs, lending the series its name based on the mythic structure, the Tower of Babel. [5] The Safe Tray’s design is intended to be easy to clean with a removable lid that also functions to keep ashes away from airflow. It’s worth noting the present day peculiarity of an astray among desktop office accessories; however, smoking in the workplace was tolerated through the 1970s until the World Health Organization began taking a stance against it. In 1975 Italy launched its first national anti-smoking campaign with a slogan that highlights the dangers of public smoking: “whoever smokes is killing you.” [6] In combination with strategic inflation of cigarette prices, Italian anti-smoking campaigns like this one proved effective in curbing tobacco product consumption. [7] Thus, the Safe Tray stands as a relic of an era where different attitudes towards health and office decorum prevailed.