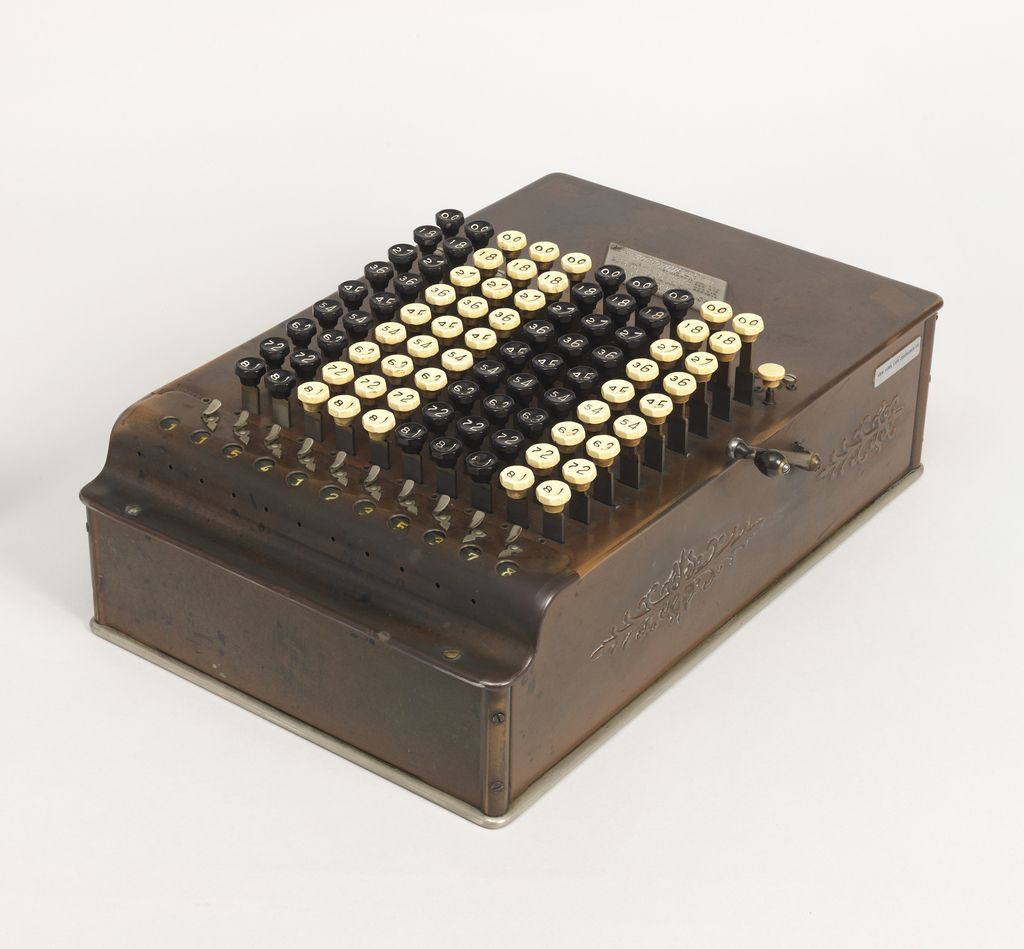 Mechanical calculators have existed in one form or another since the mid 17th century. Early calculator designs, such as Thomas de Colmar’s Arithmometer, presented its mechanics though relatively simple interfaces that required the user to input values through sliders or dials. What the comptometer, patented by Dorr E. Felt in 1887, brought to the world of mechanical calculators was an interface that gave its users far more discrete control over the functionality of the machine, opening the door for what we might today call “power users.”

Its vast grid of buttons might seem intimidating at first but the interface is quite simple, if not minimal. Columns represent powers of ten, starting with the “ones” in the rightmost column and going all way up to the “billions” on the left. Rows represent the increasing counts, from one at the bottom to nine at the top. A button push actuates a complex series of gears, springs and levers which results in a number displayed in a window below the buttons. With each button press, the numbers were added together.

Through the powers of arithmetic, the machine was also capable of subtraction, multiplication and division. And with the buttons laid out as they were, a skilled comptometer operator could quickly and accurately enter numbers to access this functionality.

After initially prototyping the design in 1884 (the prototype, known as the Macaroni Box, is currently held by our colleagues at the National Museum of American History), Felt and partner Robert Tarrant formed Felt & Tarrant, which manufactured and sold comptometers at least into the 1950s. The company also operated schools and published a newsletter.

The comptometer itself represents a fundamental question of design: who is the object for? The core goal — be it doing arithmetic, messaging another person, listening to music or anything else — can be achieved through any number of different interfaces depending on the intended audience. The comptometer’s interface was so successful for its intended audience that the Anita Mk VIII, the first all-electonic desktop calculator, featured the same key layout despite its potential to be much smaller.