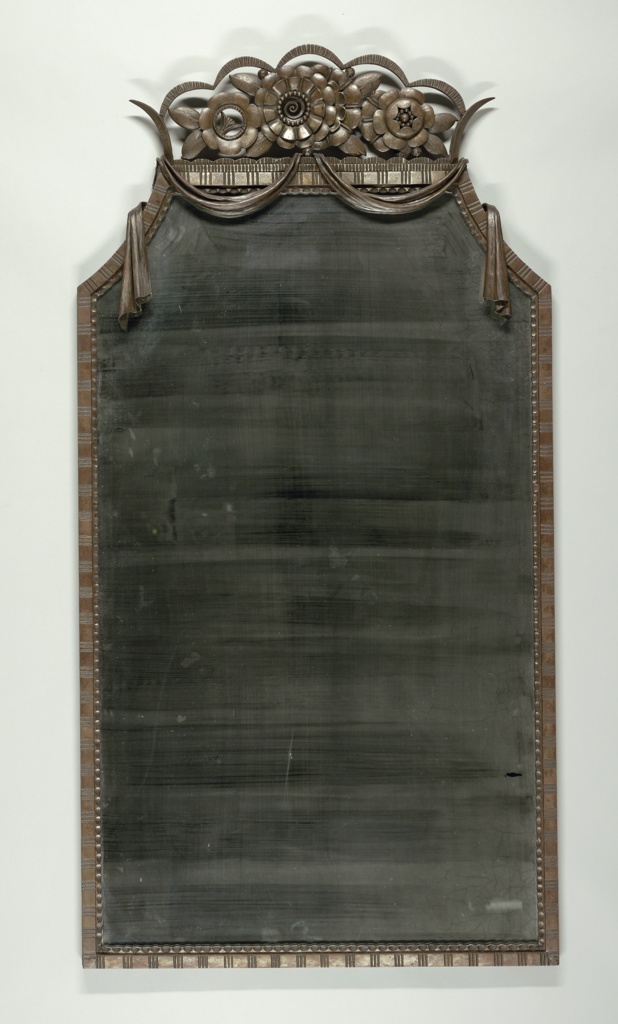 The French designer Edgar Brandt spurred a revival of interest in interior furnishings made of iron in the 1920s. His participation in the 1925 Paris Exposition won him great praise. Brandt’s ironwork was admired throughout the fair; he designed the gates of the front entrance, his work featured in Ruhlmann’s pavilion, and he staged an ambitious showroom of his own. These contributions established his international reputation and following the fair, Brandt opened his own gallery in Paris, as well as a showroom in New York, called Ferrobrandt, which was in business from 1925 to the fall of 1927. The Brandt workshops made decorative radiator covers, jardinières, floor, wall and table lamps, firescreens, console tables, as well as mirror frames.

Brandt distinguished himself from other craftsmen at the time and greatly advanced the progress of his business by embracing the simultaneous use of both hand and machine operations. Brandt harnessed the power of the machine to create a batch of decorative elements, including stylized floral petals such as those seen on this mirror, which could be repeatedly used on multiple items. The cog wheel form of the flower petals and one flower’s interior spiral even evoke the movement and mechanical nature of the machine that made them. As his business expanded and demand increased, Brandt opened his own factory outside of Paris in 1933. Edgar Brandt was an admirer of Henry Ford whose Ford Motor Works the designer visited on a trip to the United States in 1939. While an enthusiast of the machine, Brandt was also committed to hand finishing in order to lend his pieces an individuality. For instance, the incised lines along the mirror’s top edge, likely showing the handiwork of a craftsman, lend a texture as well as an irregularity to otherwise very precise decoration. Mirrors such as this example might have been sold along with a matching console table that together would have shown off a fashionable and romantic neoclassicism.

← Get Carried Away
Spread Your Wings →