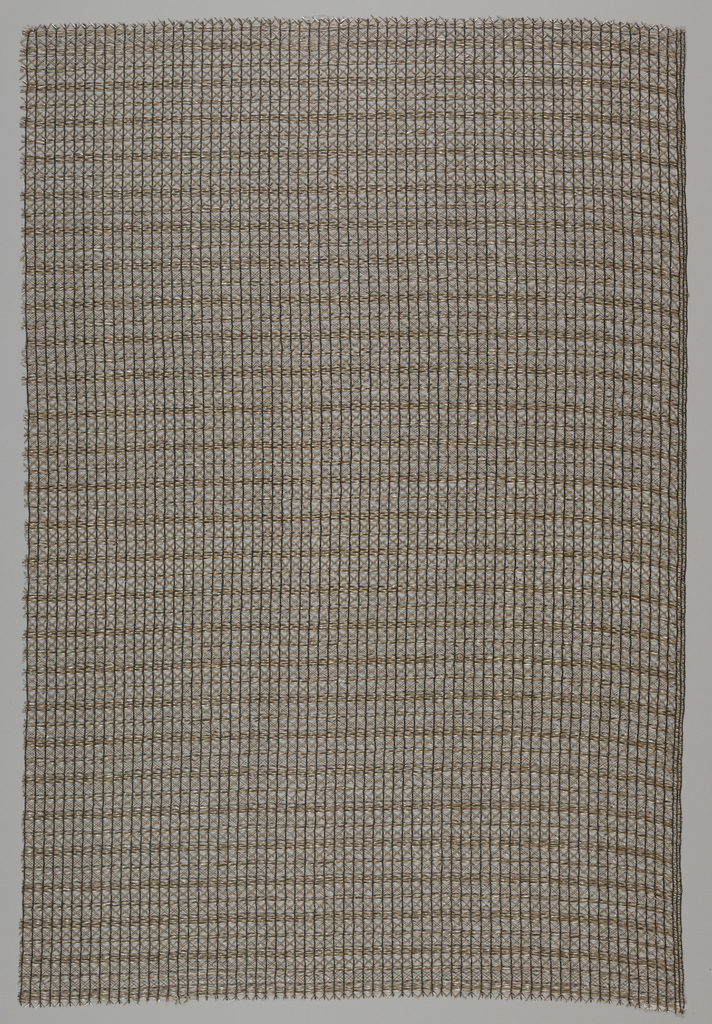 Architectural commissions were an important part of Jack Lenor Larsen’s work, and frequently provided the impetus for the development of new technologies. His first commission was for Lever House, designed by Gordon Bunshaft of Skidmore, Owings & Merrill. Completed in 1952, Lever House was one of the first glass curtain-wall office towers in the country. Larsen designed a sheer, space-dividing curtain of linen cord and gold metallic yarns, which both diffused and reflected light.

Interplay was developed as a competition entry for a Philadelphia bank, which had a 100-foot window above a set of doors. The bank was seeking a sheer curtain to mitigate light without obstructing the view. The challenge was to create a fabric that would not stretch over time, interfering with the action of the doors. Larsen combined Raschel warp-knit technology with Rovanna Saran, a synthetic monofilament fiber. Heat-setting the fabric ensured its dimensional stability; it was also fire retardant, soil resistant, and fade resistant. Inspired by traditional African basketry techniques, Larsen’s elegant solution established his leadership in designing the light-diffusing technical fabrics that were demanded by modern, glass-walled buildings.

Susan Brown is Associate Curator in the Textiles Department.

← A Team Effort
A Paper Menagerie →