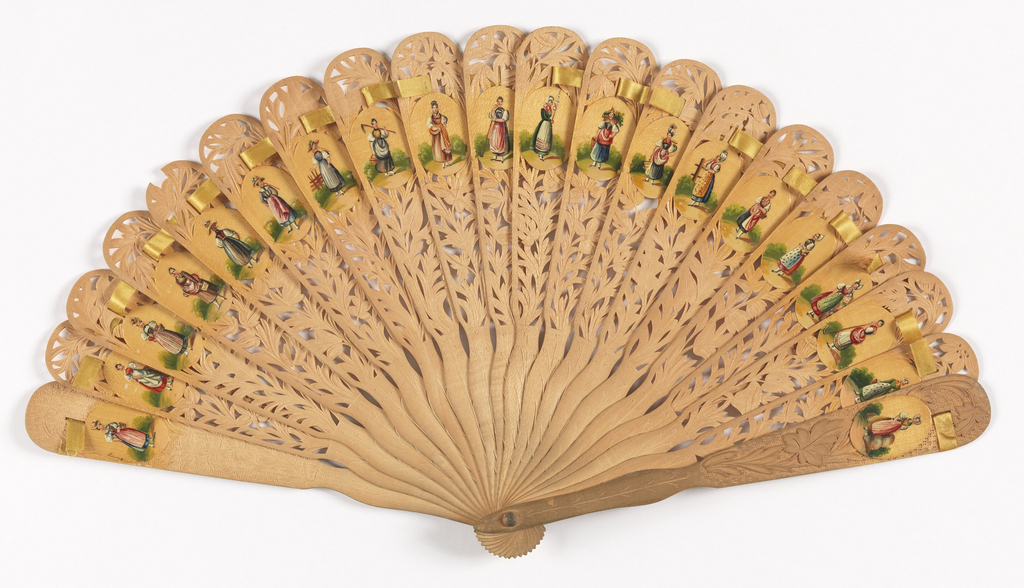 During the nineteenth century, many European nations endeavored to define their cultural identities and to establish national histories. This romantic nationalism was characterized by a nostalgia that fueled an interest in historic folk customs. Peasants were commonly viewed as synonymous with nationhood and peasant costumes were the subject of interest and national pride. This fan, produced in Switzerland for the 1873 Vienna Exposition, features regional Swiss figures in the style of the Mathias Gabriel Lory, an artist who published a collection of costume engravings in 1824.[1] At the time of the Vienna Exposition, the Swiss federal state was only 25 years old, having been established after a civil war in 1847. The diversity of citizenship celebrated by the fan reflects the importance of unity to the Swiss, who were in the process of revising their new constitution. International expositions provided a stage upon which individual nations could display cultural traditions and exhibit artistic and industrial strengths.

← Come, All Ye Weary
“Kew” Me In to Another Floral Wallpaper →