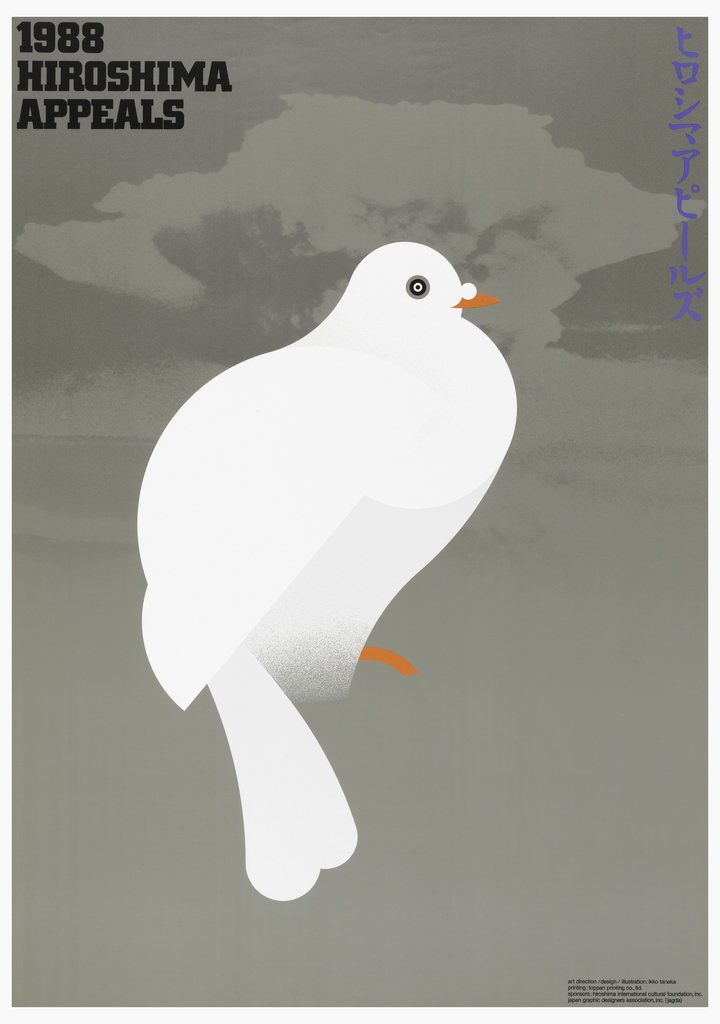 The week of August 6, 1945, United States armed forces dropped two atomic bombs on Japan; the first landed that Monday on Hiroshima, and another arrived three days later in Nagasaki. While the attacks seemingly worked in the allies’ favor, with Japan surrendering the following week, the fallout was devastating for the island nation–it is estimated that between 129,000 and 240,000 Japanese died from the two bombings.

Nearly forty years later, in commemoration of these attacks the Hiroshima International Cultural Foundation and the Japan Graphic Designers Association (JAGDA) launched a project known as the Hiroshima Appeals. With the goal of promoting global peace and preventing future nuclear attacks, volunteers have produced one poster per year since 1983. Following Barack Obama’s 2009 speech in Prague, in which the President stated “with conviction America’s commitment to seek the peace and security of a world without nuclear weapons,”[1] JAGDA sent twelve of these Appeals posters to President Obama, along with a letter declaring, “We were deeply moved by your resolve, your taking a bold initiative to pursue the creation of a nuclear-free world…. your historic announcement infused us with fresh incentive and great encouragement in our own efforts to ensure the continuation of human life on Earth.”[2] As Obama continues to debate and defend the nuclear agreement struck with Iran last month, the Hiroshima Appeals seems relevant as ever.

Among these twelve gifted posters was a copy of the 1988 screenprint created by Ikko Tanaka featuring a large white dove on a grey atmospheric ground–seemingly an allusion to clouds, either nuclear or natural. Tanaka is regarded by many design historians as one of the most influential Japanese graphic designers of the twentieth century, known for his harmonious fusion of traditional Japanese and Modern European influences. Inspired by ukiyo-e (a secular genre of Japanese woodblock print), particularly the work of Ando Hiroshige (also known as Utagawa Hiroshige), Tanaka evokes this tradition in subtle ways, such as rendering the grey background of his poster in a manner similar to the hazy landscape of Hiroshige’s Morning Mist (ca. 1834). 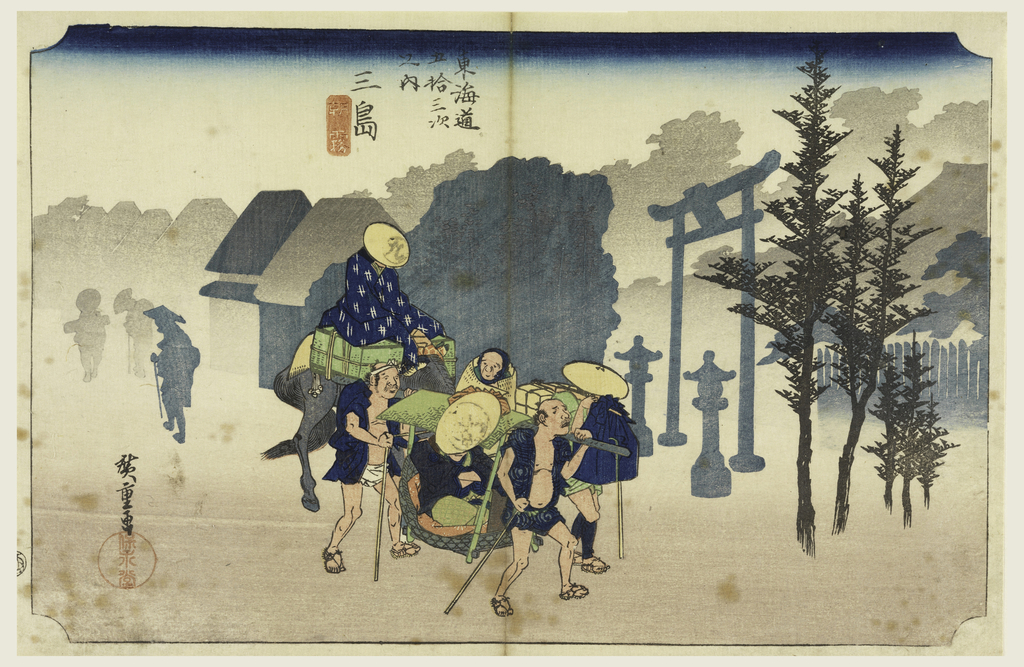 While the dove is making use of the commonly understood symbol of peace, part of the designer’s plea for nuclear reconciliation, Hiroshige is well known for his depictions of birds and fish, and similarities can be claimed between Tanaka’s dove and prints such as Pheasant with Chrysanthemums (ca. 1835). The stylistic execution of the birds, however, is where the two works deviate, with the ukiyo-e retaining much more naturalistic detail than the screenprint.

Although Tanaka’s geometric and graphic simplicity, one of the most cited formal identifiers of his work, places him stylistically among leading European graphic designers of the second half of the twentieth century, his underlying Japanese influences cannot be ignored. Tanaka skillfully shows how various cultural influences can be morphed and fused, producing work full of visual duality. Looking at his Appeals poster, one is reminded that many aspects of modern Western art and design were originally derived from Japanese ukiyo-e prints. In many cases, it becomes difficult to tell where one source ends and another begins.