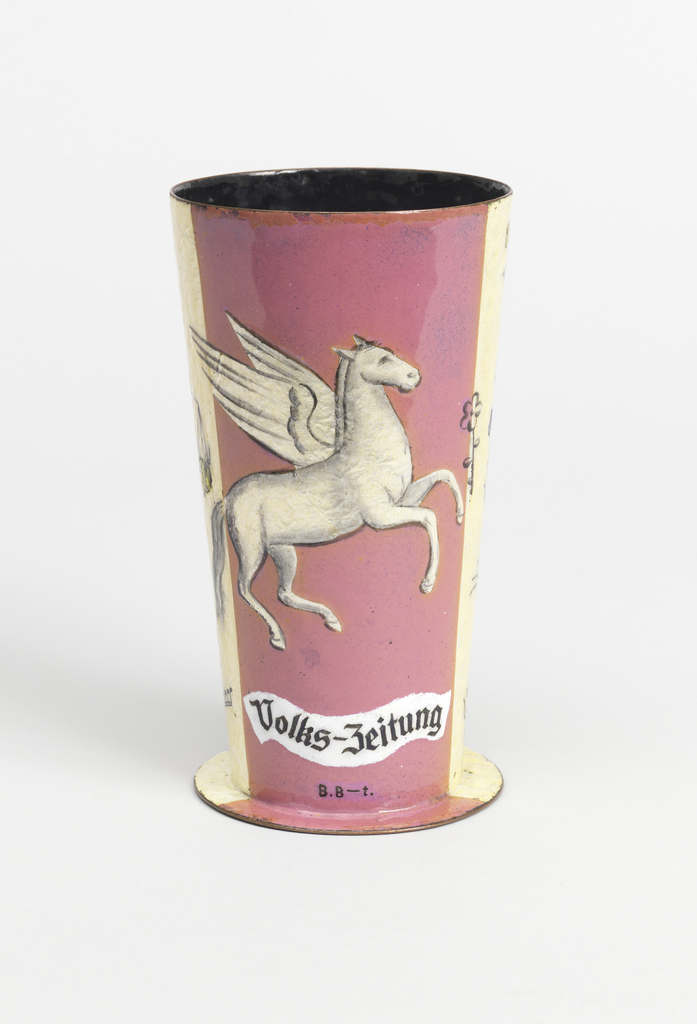 This vase was designed and made by Hilda Jesser. Jesser attended the Kunstgewerbeschule (School of Applied Arts) in Vienna from 1914 until 1917 where she took classes with members of the Wiener Werkstätte whom she designed for from 1916 to 1921. During her time as a student at the Kunstgewerbeschule she primarily focused on fashion and textiles, but designed in many areas for the Wiener Werkstätte including glass, ceramics, and metalwork.

The front of the vase shows a flying horse against a pink background with the phrase “Volks-Zeitung,” which means the people’s, or national, newspaper, while the back of the vase has a lyre over the phrase “Dem Jüngsten,” meaning the youngest, over the number 80, with the date July 9, 1932 below against a blue background. At the bottom of the vase is a pile of books with an inkwell on top, perhaps as a reference to writing for a newspaper.