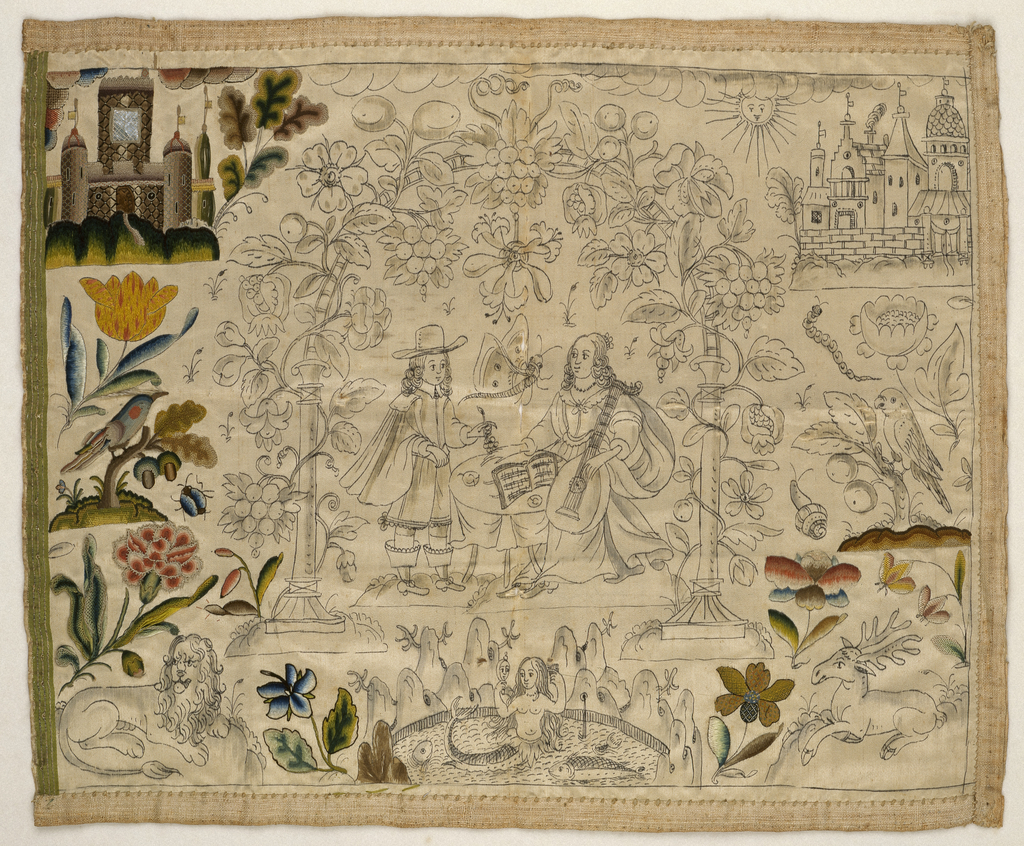 In the 17th century, amateur embroiderers or their teachers could commission custom designs from pattern drawers. In Thomas Heywood’s 1607 play, “The Faire Maide of the Exchange,” a character known as the ‘Drawer’ takes detailed instruction for a handkerchief:

In one corner of the same, place wanton love,
Drawing his bow shooting an amorous dart,
Opposite him an arrow in a heart,
In a third corner, picture forth disdaine
A cruel fate unto a loving vaine:
In the fourth draw a springing Laurel-tree,
Circled about with a ring of poesie: and thus it is:
Love wounds the heart, and conquers fell disdayne.

It would certainly take a great deal of time for any designer to incorporate these varied requests into a cohesive decorative effect. More efficient, and therefore more profitable, would be working from a library of motifs that could be mixed to produce endlessly similar yet different designs. In the second half of the 17th century, a fad developed for embroidered pictures, mirror surrounds and valuables cabinets, all highly similar to this piece. The motifs repeat, but their placement and size changes, indicating a merchant who has found a winning ‘formula,’ as well as a channel to sell the designs.

Dr. Tricia Wilson Nguyen is a teacher, historian, entrepreneur, and engineer. Her interests stretch between the embroidery and technology of the past and present.