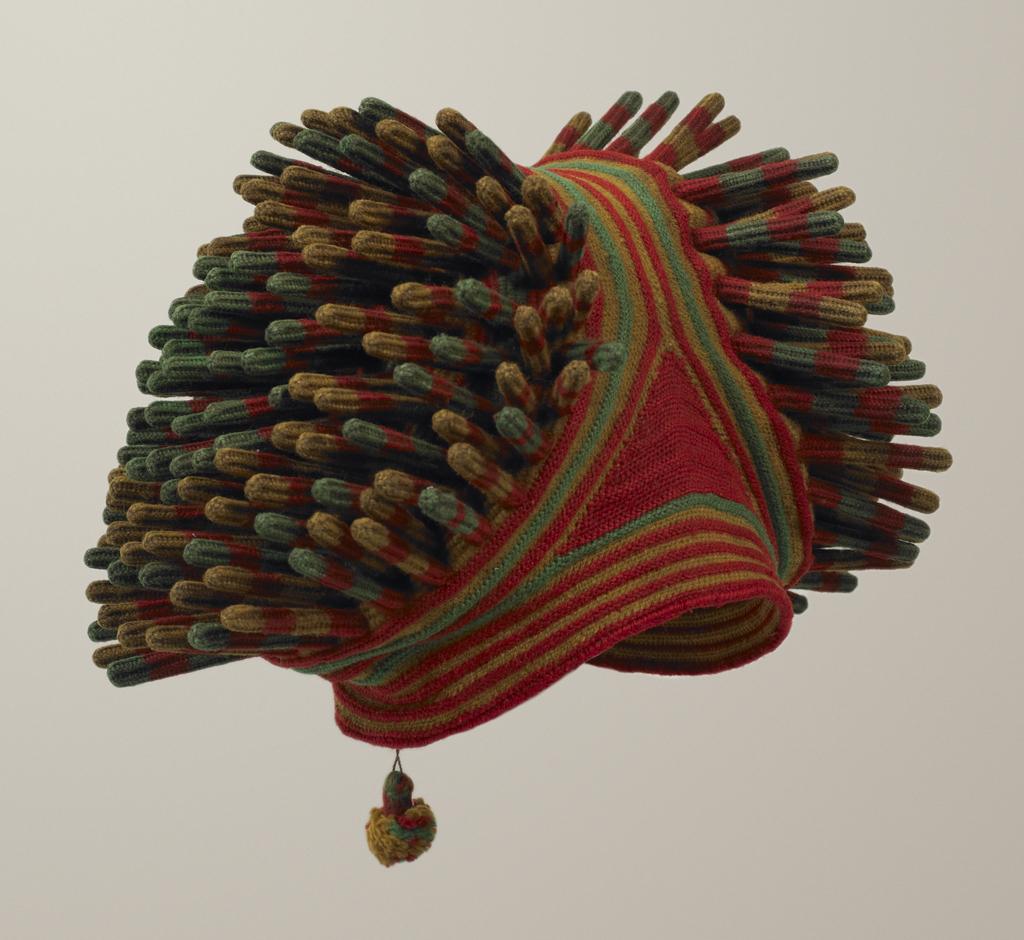 The spiky projections on each side of the ashetu hat reflect the tufted hairstyles once worn by high-ranking men, frequently represented in sculpture. They can also be interpreted as physical manifestations of the inner head, considered to be the center of intelligence and spirituality. The ashetu hat is worn by the Fon or king, at ceremonies celebrating the seasonal harvest, the annual rain, the passage of boys into manhood, and the bond of marriage.

Early examples of ashetu are typically made of raffia, and therefore have a more neutral color palette. This green, gold and orange example was probably made after Cameroon achieved independence. Cameroon was the second nation to adopt the pan-African colors for its flag, in 1960. A nearly identical hat was worn by the new Fon, Jinabo II, in 1976, when he was presented to the public for the first time. His body, rubbed with camwood powder from the bark of the African sandalwood tree, shared the same orange-red color as his hat. This hat is on view in the exhibition David Adjaye Selects: Works from the Permanent Collection, along with thirteen other pieces from the museum’s African textile collection.

One thought on “Hat Hair”

The photo above is fascinating since it depicts a bystander with a hand held mask. atk