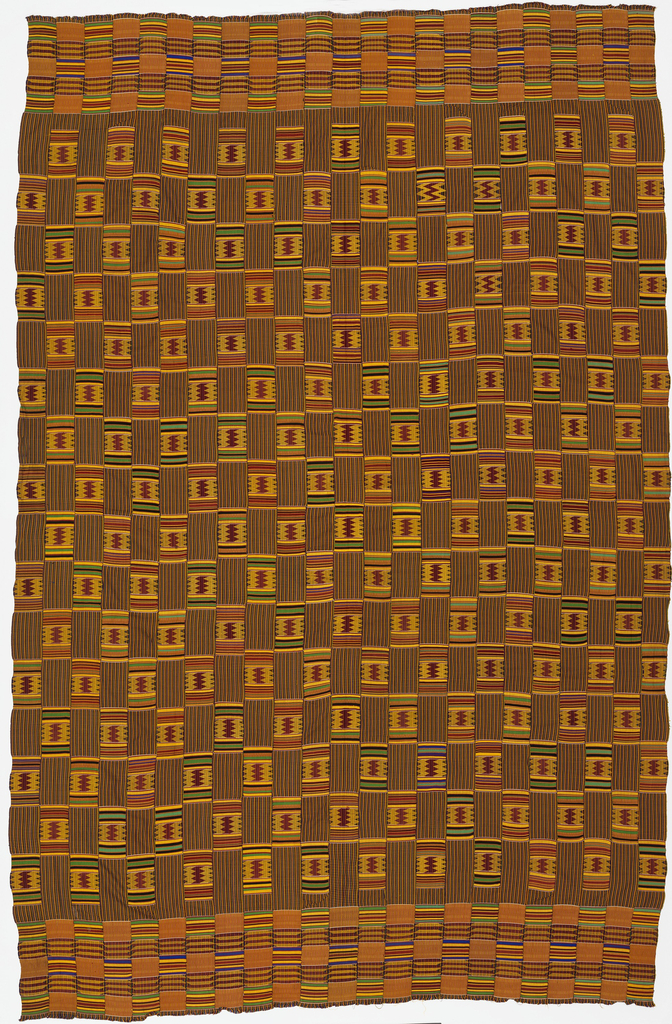 Kente cloth is recognized around the world as a symbol of African identity and pride. But these colorful and majestic cloths were originally worn exclusively by members of the powerful ruling court of the Asante. A large community of artisans work in the village of Bonwire in the service of the royals to create the stunning visual displays expected for court occasions. In 1957, Ghana became the first African nation to achieve independence, and its first president, Kwame Nkrumah, became a prominent figure on the world stage. Photographs of him wearing traditional clothing were disseminated widely in the media, and kente became a symbol of pan-African pride. Post-colonial optimism soon faded on the African continent, but kente was embraced by the Black Pride movement in the early years of the civil rights struggle in the United States. Printed copies of these luxury fabrics are ubiquitous today, but their symbolic power persists. In 1991, the remains of 419 unidentified African slaves were excavated in lower Manhattan. When they were re-interred at the newly-created African Burial Ground National Monument in 2003, they were buried in coffins lined with kente cloth. This Asante prestige cloth, along with thirteen other pieces from the museum’s African textile collection, is on view in the exhibition David Adjaye Selects: Works from the Permanent Collection, opening today.