The Rise of Risography 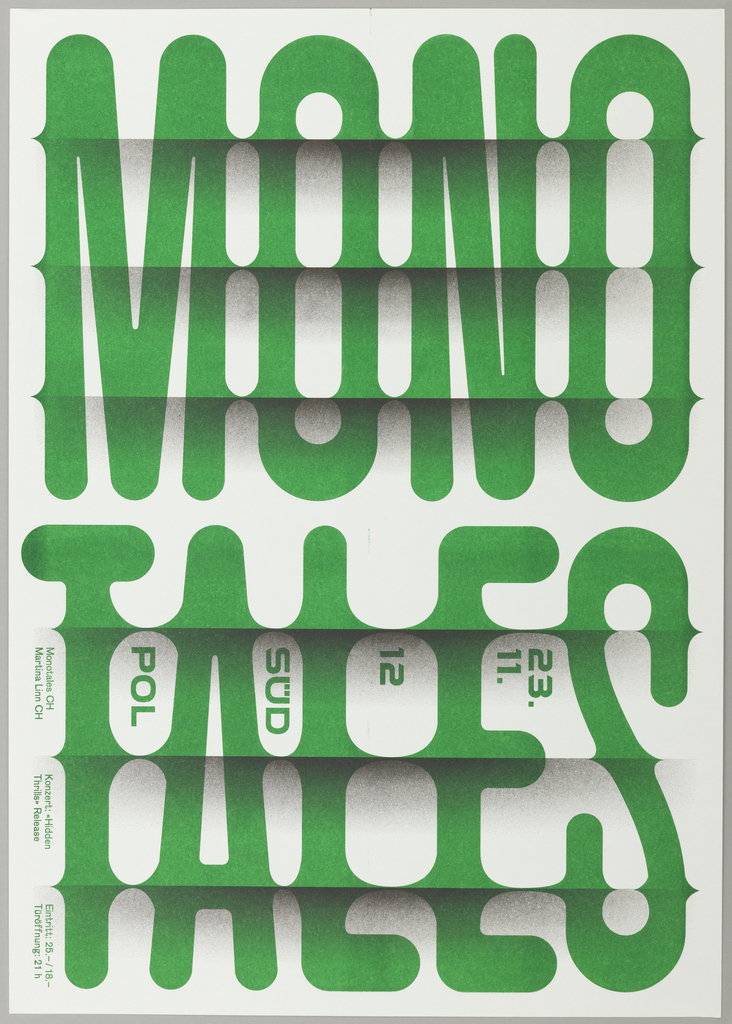 Risography was invented in the 1980s in Japan as a cheaper alternative to xerography for small businesses. The machine is similar in appearance to a photocopier, but as a form of stencil duplication, it is akin as a printing method to screenprint. An image, designed to print one color at a time, is cut into a master stencil, which acts as a screen and is wrapped around the ink drum. The paper is run through the machine and pressed directly against the stencil-wrapped drum. The master sheet is replaced along with the ink drum for each additional color. More affordable and less messy than screenprint, risography has become a popular alternative for many young designers in the early twenty-first century. Felix Pfäffli has used the process to print his ongoing series of posters advertising the events at Südpol, a cultural center in Switzerland. In Monotales, Pfäffli used two colors, green and black, to create a print that gives the illusion of depth. Far from generating a sleek surface, the risograph prints convey a raw, flat effect. Risograph printing is widely used in independent book publishing.