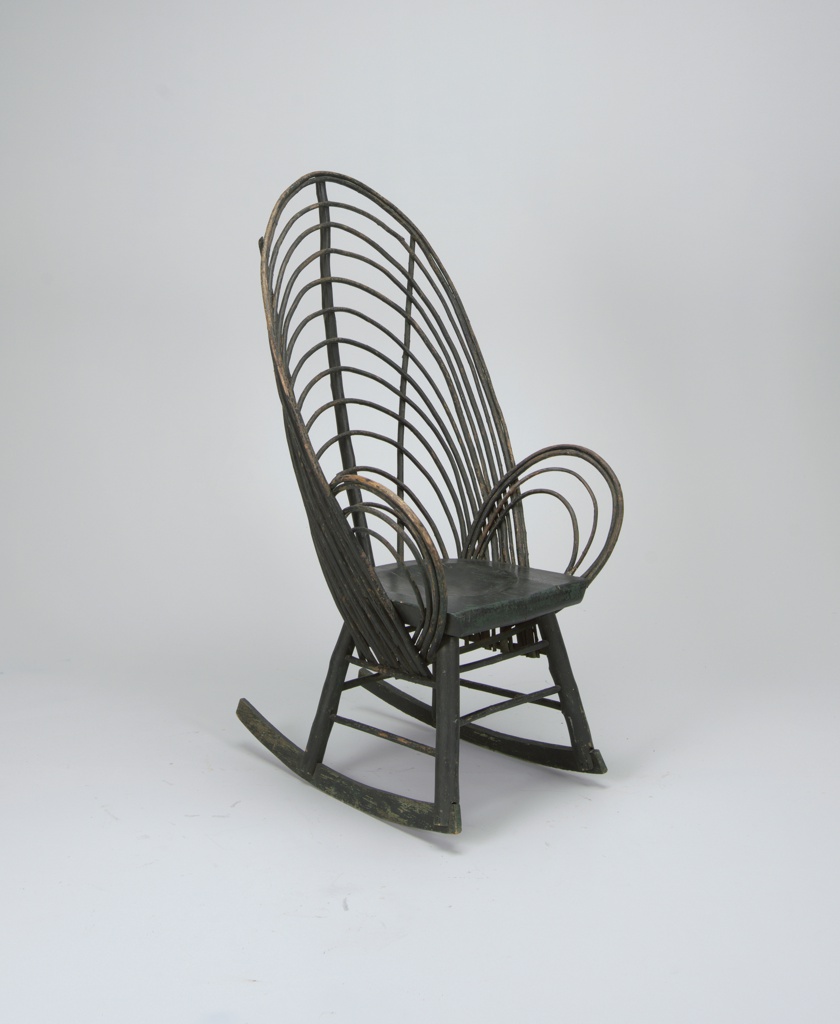 This chair was made in about 1900 in Catskill, New York, the region that inspired some of America’s greatest landscape painting. In the nineteenth century, artists, writers, and tourists travelled to the Catskills in awe of the falls, mountains, and landscape views, which Frederick Church among others so famously depicted. The rapid development of the national economy and its transportation systems brought people to the region to hike, fish, and enjoy the scenery. Natural resources also provided the raw material for manufacturers including many wood-using industries. Factories turned hardwoods and softwoods into baseball bats, furniture, barrels, railroad ties and other products. The industry peaked in the 1880s when more than forty furniture factories operated in the Catskills.

This rocker belongs to the category of bentwood furniture, a major innovation and fashion in furniture design of the nineteenth century that offered the valuable combination of strength and flexibility. Prior to World War I bentwood furniture used in the United States was primarily imported from factories in Austria, such as this rocking chair by Thonet also in the Cooper Hewitt’s collection. Bentwood furniture’s low-tech production process allowed amateurs or small-scale furniture makers, such as the ambitious craftsman of this chair, to emulate and expand upon these mass-produced forms. Softened through immersion in steam or boiling water, wood could then be molded into almost any shape with the aid of a press. The chip-carving evident on this fanciful chair’s central spine and curvaceous rungs allows us to see the hand of the maker.