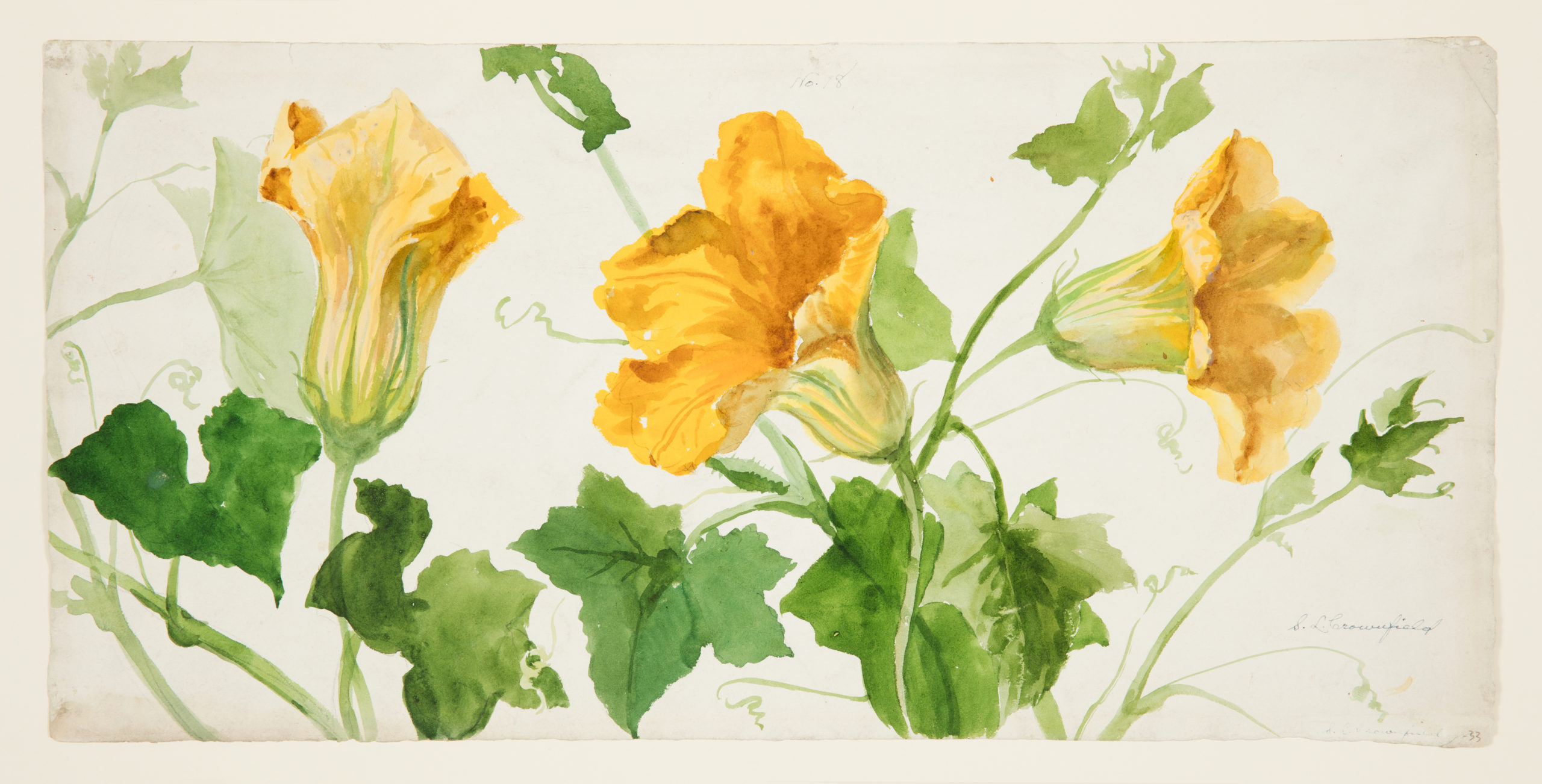 From the 1890s to the 1920s, Sophia Crownfield (American, 1862–1929) designed prints for some of the most prominent silk and wallpaper manufacturers in the United States. Her drawings of flowers range from delicate graphite sketches to vivid color studies, revealing her obvious ease with different types of specimens. Through progressive stages of rework, she developed designs for patterns and polished drawings for specific end uses. Examples of Cheney Brothers’ printed silks, shown alongside these richly detailed drawings, reveal how Crownfield’s process transformed floral stems into the fashionable patterns of the period. Sophia Crownfield working in her studio, ca.  1900
Photo courtesy of the Crownfield family

Sophia Crownfield moved to New York City in 1889 where she established herself as a professional freelance designer. Her interest in design was not a casual one; she was a middle-class working woman who supported herself and her youngest sister Eva through her design career. Her story shows the hard reality confronting American designers in a largely freelance system that offered little professional support or recognition.

Recognizing how easily her sister’s contributions to American design could be lost, Crownfield’s younger sister, the author Gertrude Crownfield, took great care to place her work in institutions such as Cooper Hewitt to preserve her legacy.