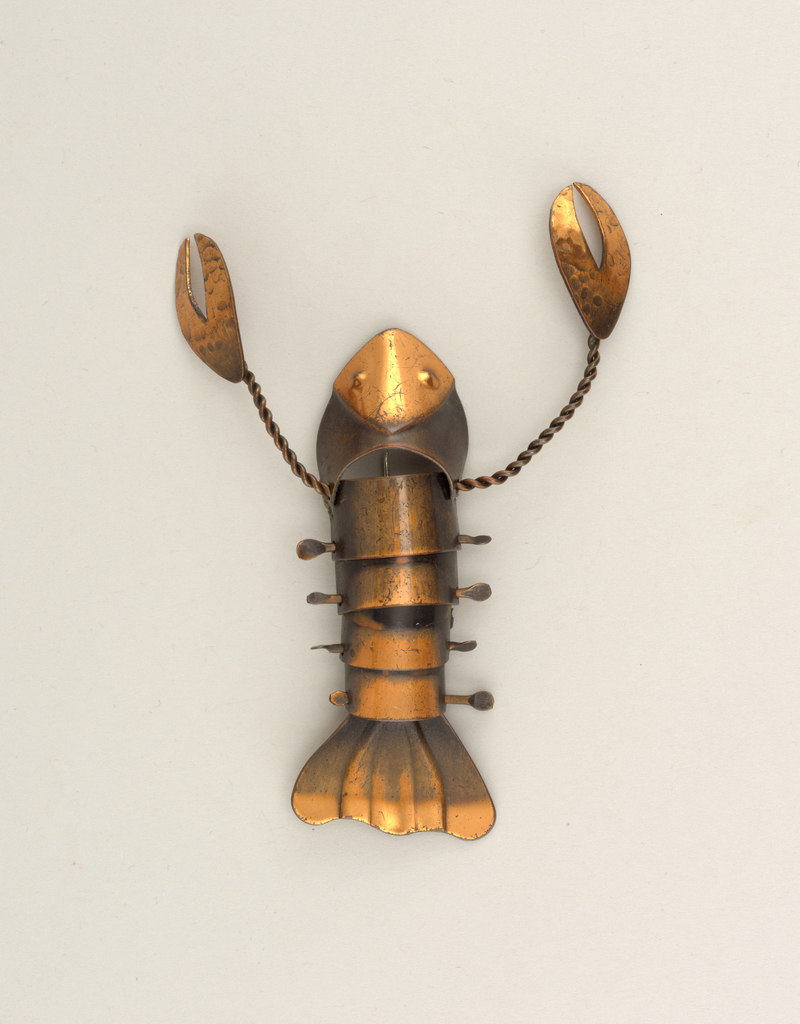 In recognition of National Hispanic Heritage Month (September 15-October 15, 2019), this week’s Object Of The Day posts celebrate Latinx designers’ works in the collection. This post was originally published on July 6, 2017.

8 thoughts on “Rebajes: A Life Made of Copper”

i love this article 🙂

I love this article🙂.

This article was interesting cuz I get to learn about sum new!👌🏽

What a fascinating life story and terrific artist. Thanks!

Great article. I always loved copper as a kid.Affordable and not gold.

wonderful piece on an artist I had never heard of despite my love of Jewelry, brooches etc

i like that this article introduce’s diffrent tip of art

Rebajes met and fell in love with a Jewish woman and married her. They never had children, but spent their lives devoted to one another.
When Rebajes was approximately 60 years old he and his wife moved to Spain, where I met him in his shop.