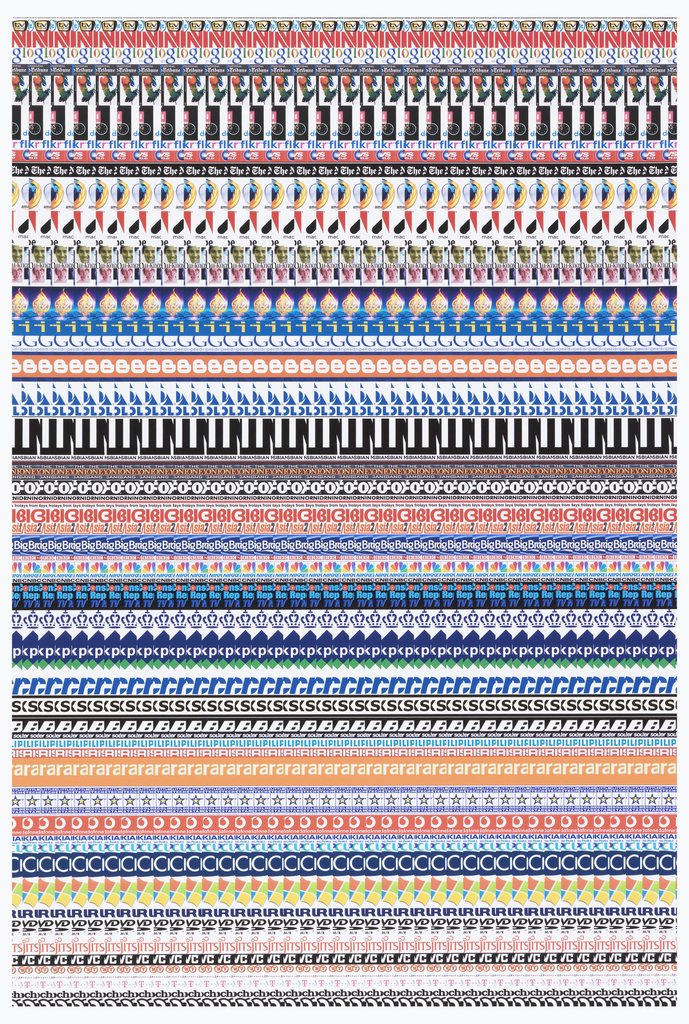 As citizens of the twenty-first century, we are accosted constantly by advertising; by billboards on the highway, posters on the street, and through our media outlets at home. As a society certain symbols of advertisement, known as logos, have become in grained into our collective conscious. You would be hard pressed to find someone who cannot identify the logo for Google or Amazon. “Design for Logo Wallpaper” depicts a plethora of combinations containing these easily recognizable symbols in horizontal registers across the surface of the paper. Each of the symbols that have been chosen accentuate the bright, organized chaos that defines this design. While it may be a bit impractical for the inside of a home, much entertainment can be derived from attempting to pick out and identify each of the logos.

This wallpaper was designed by Mieke Gerritzen in 2006. She is a Netherlandish artist and designer from Amsterdam, who, over the course of her career, has participated in and curated a number of exhibitions on an international level. Many of her projects tend to focus on digital media and graphic design as she is most interested in the relationships between text and image. Currently, she is leading the Image Society, as its founder, after leaving her position as director of the Museum of the Image.

Emily Ewen is a graduate student in the History of Design and Curatorial Studies program offered jointly by the Parsons School of Design and the Cooper Hewitt, Smithsonian Design Museum. He is a Fellow in the museum’s Wallcoverings Department.

← Printing an Elegant & Fashionable Brace
A Stylist Ahead of His Time →