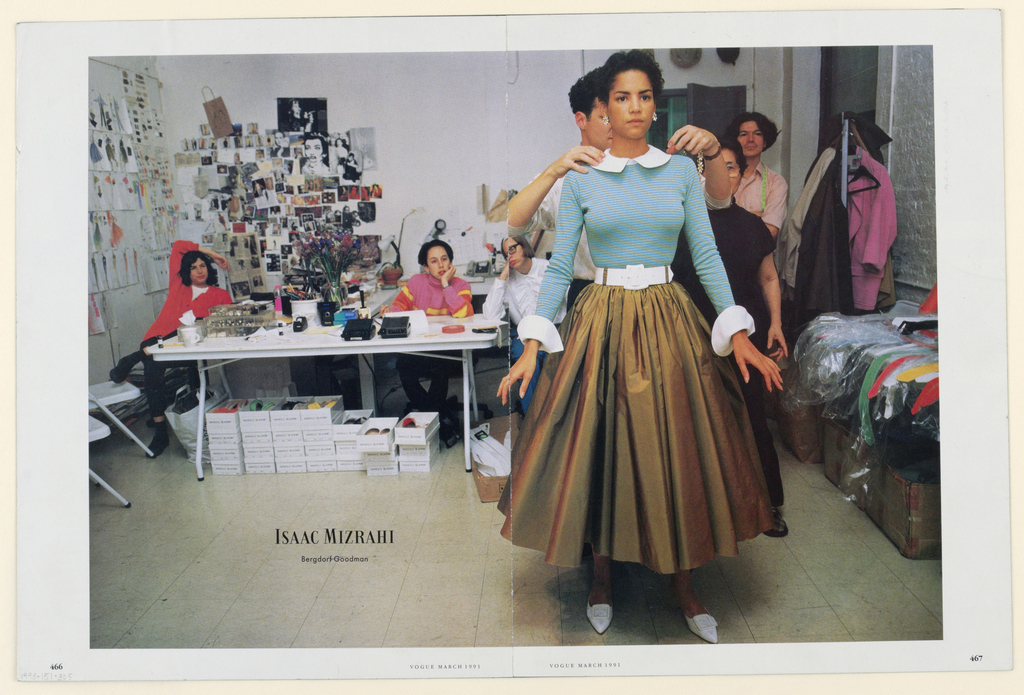 Posted by Danielle Weindling on November 14, 2017

“I was in my early 20s and I could quite happily work all day and go out all night. And I always had a camera with me.” –Nick Waplington, 2016

British Photographer Nick Waplington (b. 1965) was a student of the Royal Academy of Art when he was “discovered” by renowned fashion photographer, Richard Avedon. Throughout his young career it was Avedon who introduced Waplington to fashion’s most influential personalities, including designer Isaac Mizrahi, with whom Waplington worked intimately from 1989-1993.  During his four years capturing behind-the-scenes fittings at Mizrahi’s fashion house, Waplington established his documentary style—one that he famously took beyond the runway to New York City’s club scene.  These “club-kid” snapshots of NYC nightlife were later reproduced in juxtaposition to his earlier fashion editorials in his book, Isaac Mizrahi Pictures: New York City 1989-1993: Photographs by Nick Waplington.

Pictured here, Waplington captures designer Mizrahi mid-fitting, his figure peeking only slightly from behind his doll-like model. In the background a select group of assistants lounge about the studio watching attentively as Mizrahi places the finishing touch, a whimsical daisy chain necklace, on his creation. In character with Waplington’s documentary style, Mizrahi, constantly in motion, is rarely caught in full view throughout this print campaign.  An air of mystery shrouds Mizrahi much like his designs veil his models, rendering him just out of reach–solely available through his moniker. This advertisement was designed by Emily Oberman, an alumna of Cooper Union, in collaboration with Tibor Kalman, for the graphic and product design consulting firm, M & Co. Created for Issac Mizrahi’s collection at Bergdorf Goodman, Waplington’s photograph appeared in Vogue in March of 1991. Tibor Kalman gifted this print, along with the entirety of M & Co.’s administrative and project files to the museum in 1993.

Danielle Weindling is a former Peter A. Krueger Intern in the Cross Platform Publications Department at Cooper Hewitt, Smithsonian Design Museum. She is currently an Archive Intern at the Richard Avedon Foundation and a Curatorial Research Assistant at the American Federation of Arts.