A French Silversmith in Mexico 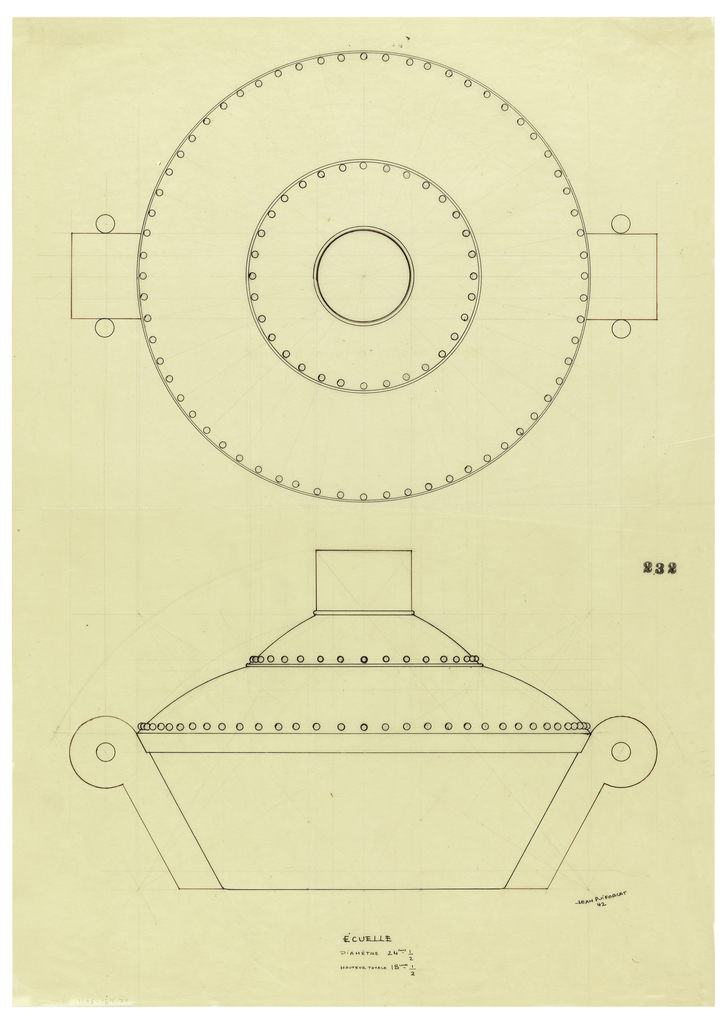 Posted by Maeve Coudrelle on November 5, 2017

In 1941, famed French Art Deco silversmith Jean Puiforcat (1897-1945) wrote news from Mexico to his daughter, Claude, in Paris: “The country is truly marvelous; this captivating natural landscape accentuated by a civilization that goes back to the mist of time.”[1]

Escaping German-held France, Puiforcat, soon joined by his family, fled to Mexico, establishing a silver workshop in Mexico City in 1942. Puiforcat’s choice of new residence was no coincidence. Home to gold and silver mines, Mexico was host to an already thriving community of silver workshops—which was growing further due to the war’s chilling effect on the production of luxury goods in Europe.[2] William Spratling (1900-1967), the collective Los Castillo (f. 1939), and Margot van Voorhies Carr (1896-1985, also known as Margot de Taxco), active in the town of Taxco since the thirties, were pioneers of Mexican silversmithing. By 1940, Spratling’s silver workshop employed 300 artisans, with a strong apprenticeship program that fostered local talent like that of the brothers behind Los Castillo.[3]

Despite Taxco’s central role in silver production, Puiforcat chose Mexico City as his base—perhaps due to the proliferation of new workshops there during the war years.[4] Whether he encountered Spratling or other Taxco silversmiths is an open question. However, given that Spratling made weekly trips to Mexico City and kept close tabs on the circle of silversmiths in the area, it is likely that he and Puiforcat were at the very least aware of one another.[5]

For his part, Puiforcat was highly enthusiastic about the region’s role in silver design. In an article for the Instituto de Investigaciones Estéticas at the Universidad Nacional Autónoma de México, he raved that, “The land of authentic silversmiths—Mexico—should offer us superb works, for which the world will be grateful.”[6]

In Mexico, Puiforcat designed religious items, as well as silver flatware, tableware, and jewelry, which was sold mainly to the American luxury retailers Saks Fifth Avenue and John Rubel Fifth Avenue.[7] The Cooper Hewitt owns a number of drawings from Puiforcat’s Mexico period, including the one pictured above, a design for a covered bowl. Often boasting decorative details, such as studs, and unusual materials, including Brazilian rosewood and onyx, Puiforcat’s Mexico designs drew inspiration from Pre-Columbian motifs and natural elements in the region’s landscape.[8] One such design for a two-branch candle holder takes the form of an Aztec serpent, with sinuous alabaster branches embellished with silver grooves.[9]

Maeve Coudrelle is a Curatorial Assistant in Latino Design.

[3] Spratling himself was American, and moved to Mexico in 1929.

2 thoughts on “A French Silversmith in Mexico”

I am looking for a silversmith in Mexico who will design a bracelet from my specs. I will be ordering hundreds of these bracelets once I approve the design. Can I get contact info from you

Hello,
I have relaunched John Rubel,
My name is Sophie Rubel
Do you have any pictures/drawings concerning the pieces sold to John Rubel ?
Best regqrds