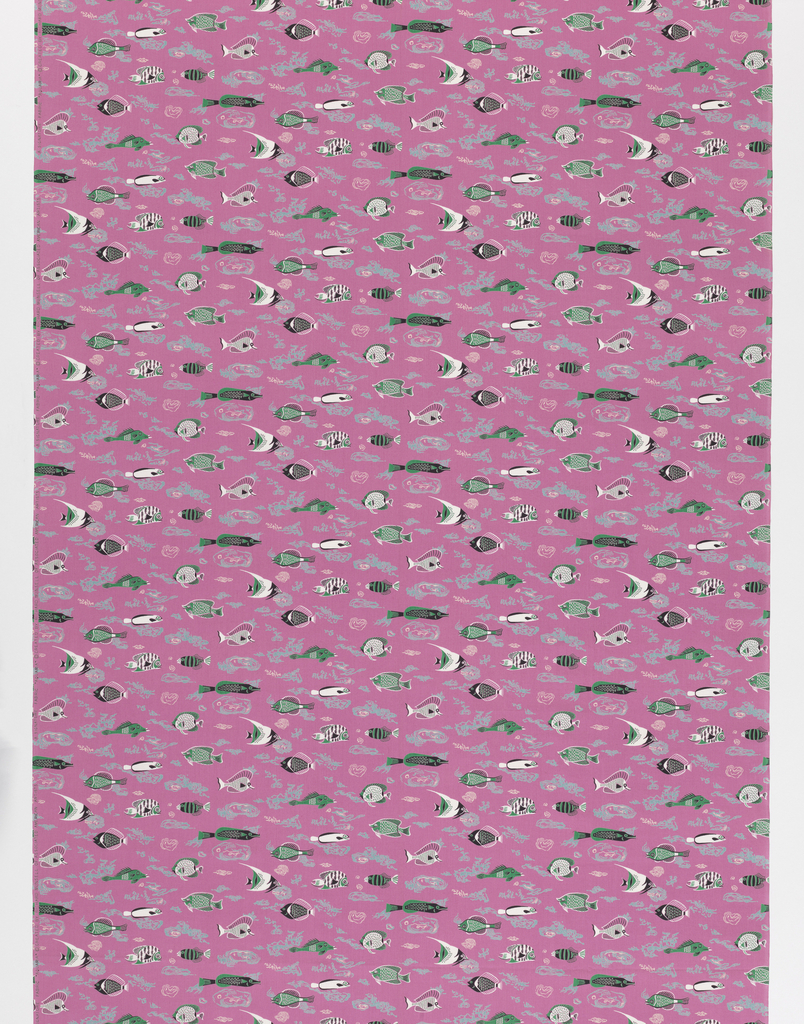 Painter and commercial illustrator Richard Munsell began creating advertising artwork for Maxwell House in the 1940s. His ads, the best known of which depicts coffee time at a living-room sewing bee, appeared within a series entitled “Part of the American Scene.” He also designed textiles that appealed to the American experience: lazy summer days spent at the shore.

Aquaria, which was produced in multiple colorways, is seen here with green and white fish swimming in a sea of pink with subtle light blue accents. A Signature Fabrics spread in the January 1953 issue of Harper’s Bazaar featured summer dresses for women and girls, the former constructed from Aquaria in this colorway and the latter from Sea Secrets, also by Munsell. [1]

A blue and green version of Aquaria appeared as a framed work of art in an advertisement for Signature Fabrics in Vogue Pattern Book (March 1953). [2]

← Descent from the Cross
Shaken, Not Stirred →