Appliances Sailing into the American Home 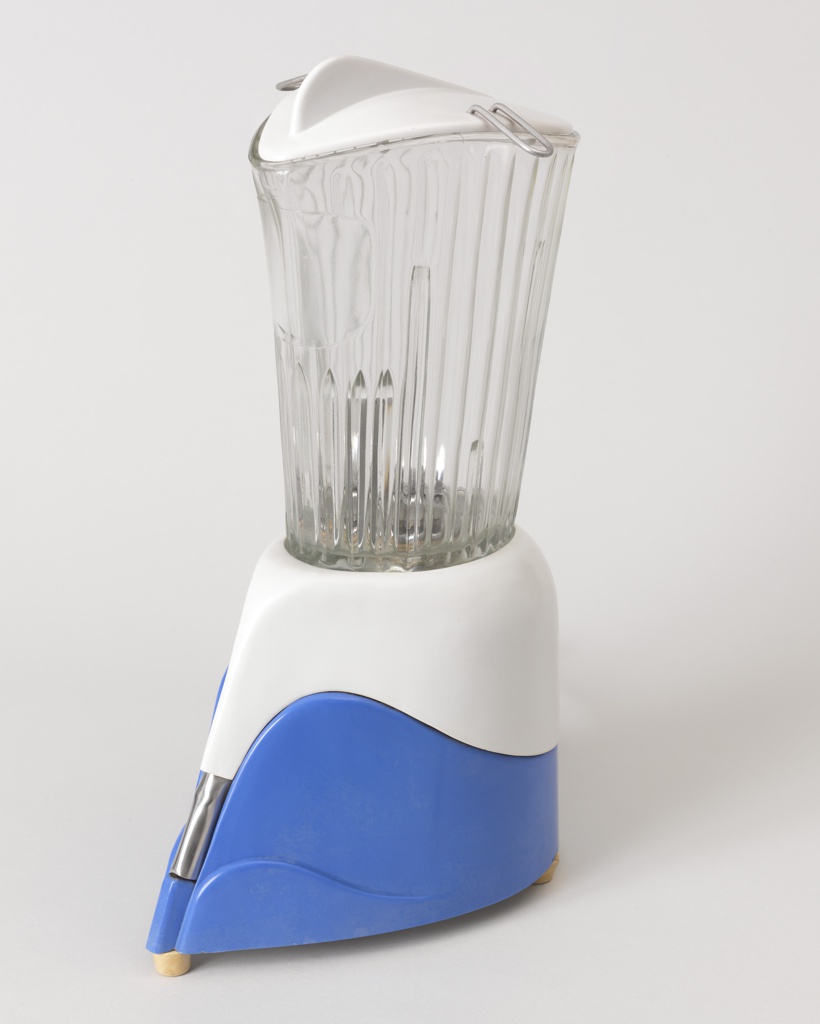 By 1942 the streamlined modern designs of Walter Dorwin Teague, Norman Bel Geddes and Henry Dreyfuss were becoming familiar to the American public. Those people who attended the World’s Fairs throughout the 1930s were witnesses to the marvels exploding on the consumer front, affecting everything from cars to home appliances.

Blenders were originally introduced in 1937 by the Waring Company. This blender was designed by Jackson D. Comstock and Donald E. Grove, working in Pasadena, California, who would incorporate as the Hollywood Liquifier Company. This design, patented in 1942 by Grove and Comstock, shows the strong impact of streamlining. This model provided the homemaker with a neat, slender blender to place on their kitchen counters without creating clutter.

Streamlining was characterized by its emphasis on portraying speed and motion, and was originally applied to modes of transportation such as ships, trains and automobiles. As it applied to non-mobile objects, streamlined design elements became recognizable by bullet shaping, speed lines, and wings. The front of this blender is reminiscent of the prow of the great ocean liners of the time, while the two tone color evokes a wavy sea and cloud filled sky. The imagery continues with the wing shaped lid, like a bird overhead.

By the 1940s, Hollywood had become synonymous with glamour and the American public believed that the movie stars had special knowledge about beauty and health. Comstock and Grove capitalized on this notion when naming their business after the center of the movie industry. This blender, like other consumer products of the time, found a place in the American home as a result of design, function, and commercialism.

Susan Teichman is a decorative arts historian, specializing in jewelry and architectural history.