Moorhead & Moorhead is the design studio and workshop of brothers Granger and Robert Moorhead. Trained as an architect and an industrial designer, respectively, they collaborate on projects ranging in scale from furniture to buildings.

Tsang Seymour is an independent creative agency founded by Catarina Tsang and Patrick Seymour, merging their backgrounds in architecture and graphic design. As designers, we were immediately struck by the fact that By the People: Designing a Better America is an exhibition that celebrates compelling ideas, rather than shiny objects. Moved by this, we wanted the gallery space to evoke the informal and collaborative spirit of a design studio. Working with the Cooper Hewitt curatorial and exhibitions teams, we were able to capture the essence of a shared workspace for generating and sharing ideas. Our first move was to clad the walls of the third floor gallery with a continuous band of recycled fiberboard panels. Inspired by the pin-up boards commonly found in design studios, this strip graphically organizes the wall content of the exhibit, physically spans window openings and columns to reclaim much-needed wall space, and provides a tackable surface for easily displaying paper images. 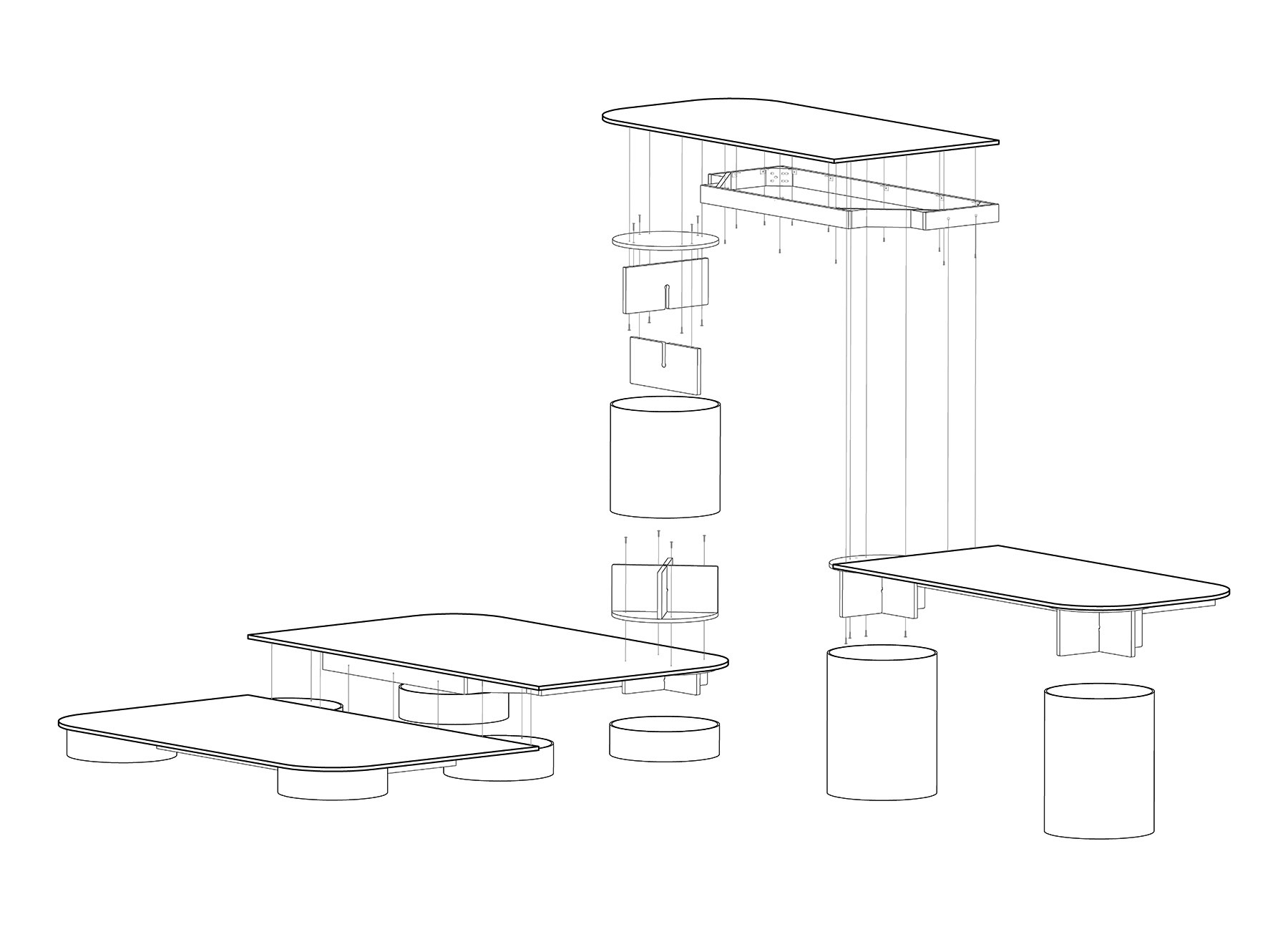 To accommodate the broad range of three-dimensional artifacts included in the exhibition, we designed a series of modular, interlocking display fixtures. Using recycled paper tubes as the starting point, custom plywood plugs and decks were added to create plinths, tables, pedestals and a freestanding wall. 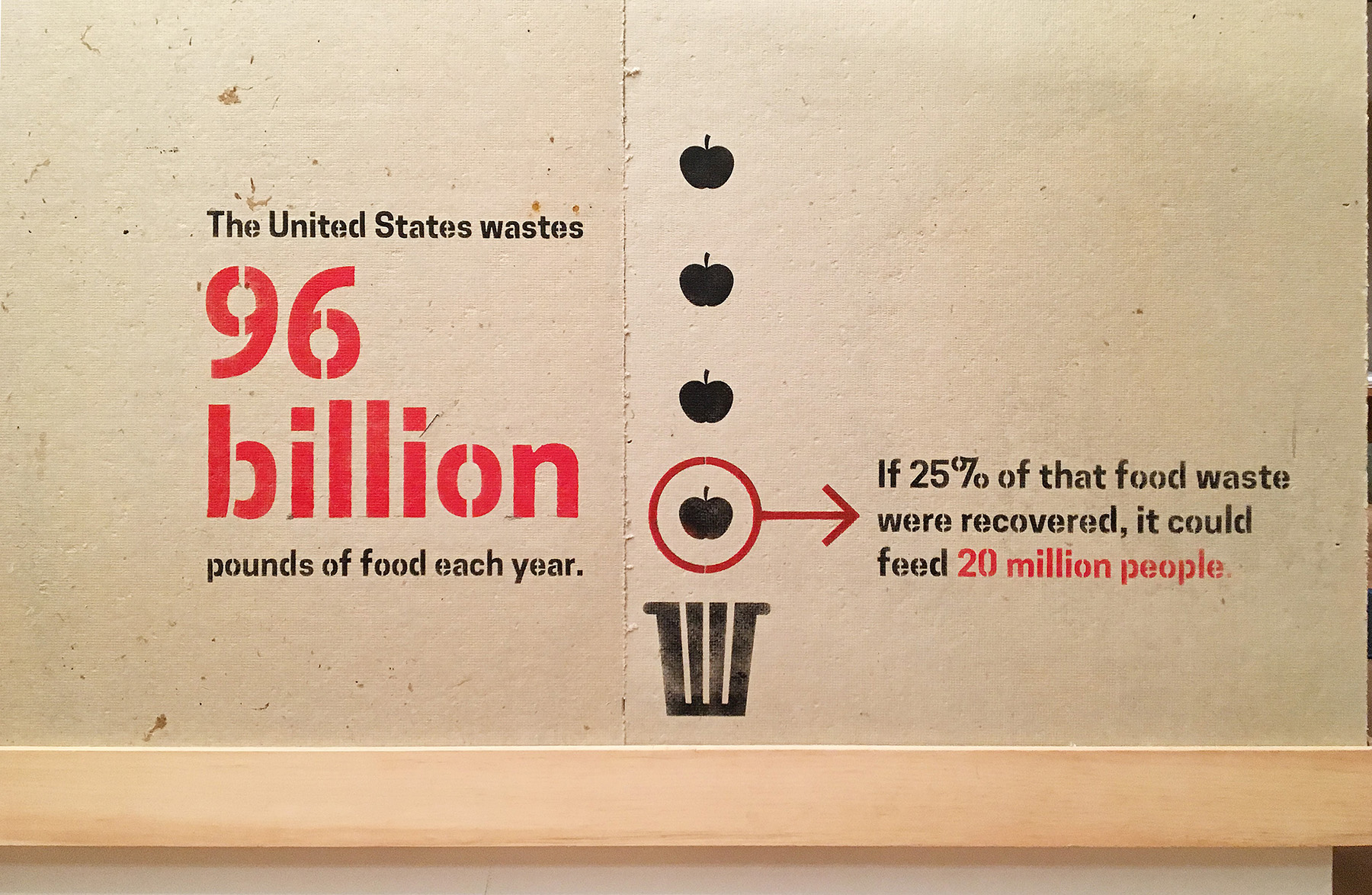 The exhibition graphics, designed by Patrick Seymour and his team at Tsang Seymour Design, build on the straightforward exhibition design to create a strong graphic identity. In a simple, bold move, Tsang Seymour “hacked” the Cooper Hewitt’s open source font to create a stencil font. This font was used to paint important text, including the title wall, introductory text and compelling infographics—such as statistics and community quotes—directly onto wall panels. Our hope, and intent, is that the combination of these elements, carefully designed from humble materials, disrupts the traditional white-box museum experience just enough that the visitor does not judge the objects on display as pristine works, but rather as the products of meaningful ideas.

Now, more than ever, it is critical that we recognize the importance of good, simple ideas—ideas that have the power to help make America a better place.

By the People: Designing a Better America is on view now through February 26, 2017.

← Mastering the Mastaba
The World of Radio →