Master of the Chair 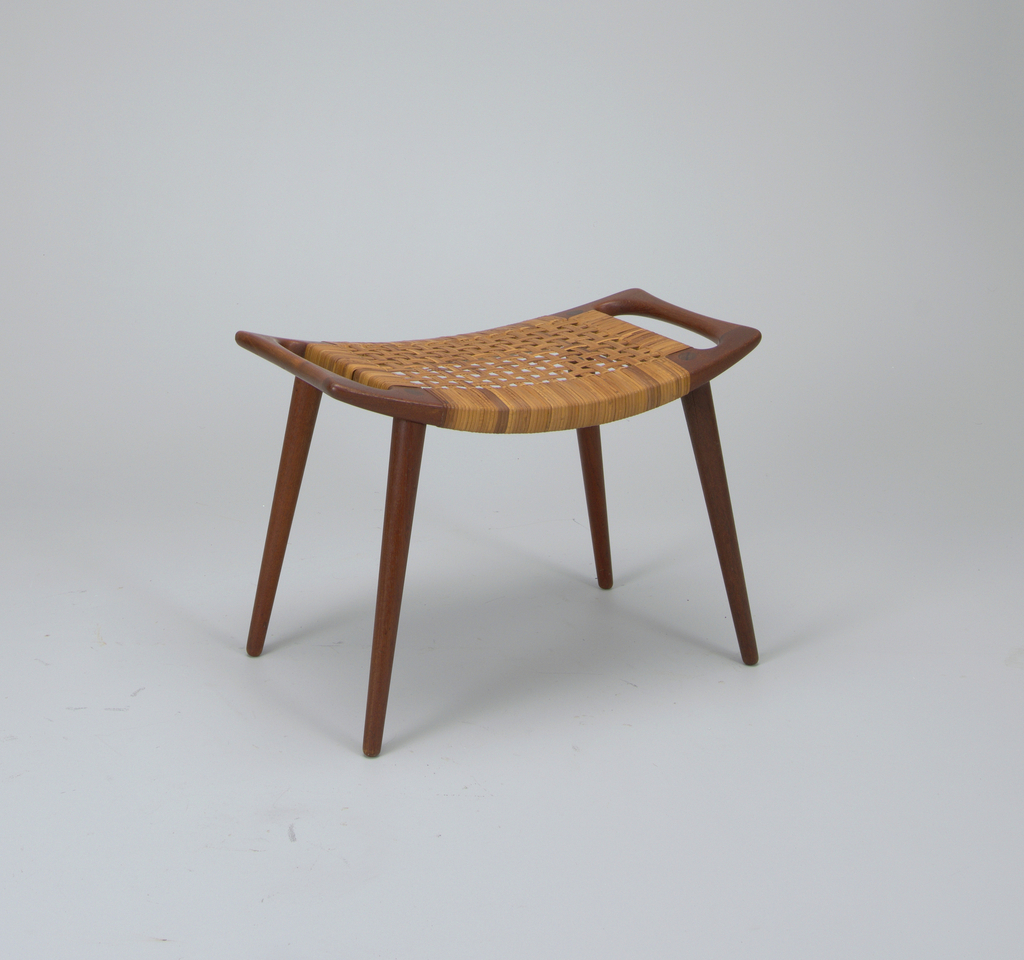 Hans J. Wegner was a pioneer in modern Danish design in the 1950s and 1960s. Having designed more than 500 chairs throughout his career, with 100 of them being mass-produced, he has been affectionately known within the design world as the “Master of the Chair”.  His ingenious use of natural materials, in particular his admiration for different types of wood, combined with his style of refined silhouettes produced exquisite organic furniture with an emphasis on functionality.  In particular, Wegner excelled at concealing the joints within the pieces which added to the naturalistic quality of the design.

In 1940, Wegner began working for the master cabinetmaker Joannes Hansen who also played a major role in shaping the history of Danish design. Having opened his own firm in 1943, Wegner went on to design his Chinese chair, inspired by chairs from the Ming Dynasty, the following year. The JH 539 Stool was designed by Wegner in 1953 and manufactured by Johannes Hansen Møbelsnedkeri A/S in Copenhagen. Its medium is teak and cane and is composed of four tapered legs below a dark brown gently up-curved rectangular frame with a woven seat panel. Wegner integrated handles into the form of the seat, addressing portability, another aspect of a stool’s function and ease of use. The JH 539 stool exemplifies Wegner’s ability to create a beautiful yet comfortable seat, one that stayed true to his level of extraordinary craftsmanship.

This stool can be seen in Ellen DeGeneres Selects, on view through May 21, 2017.