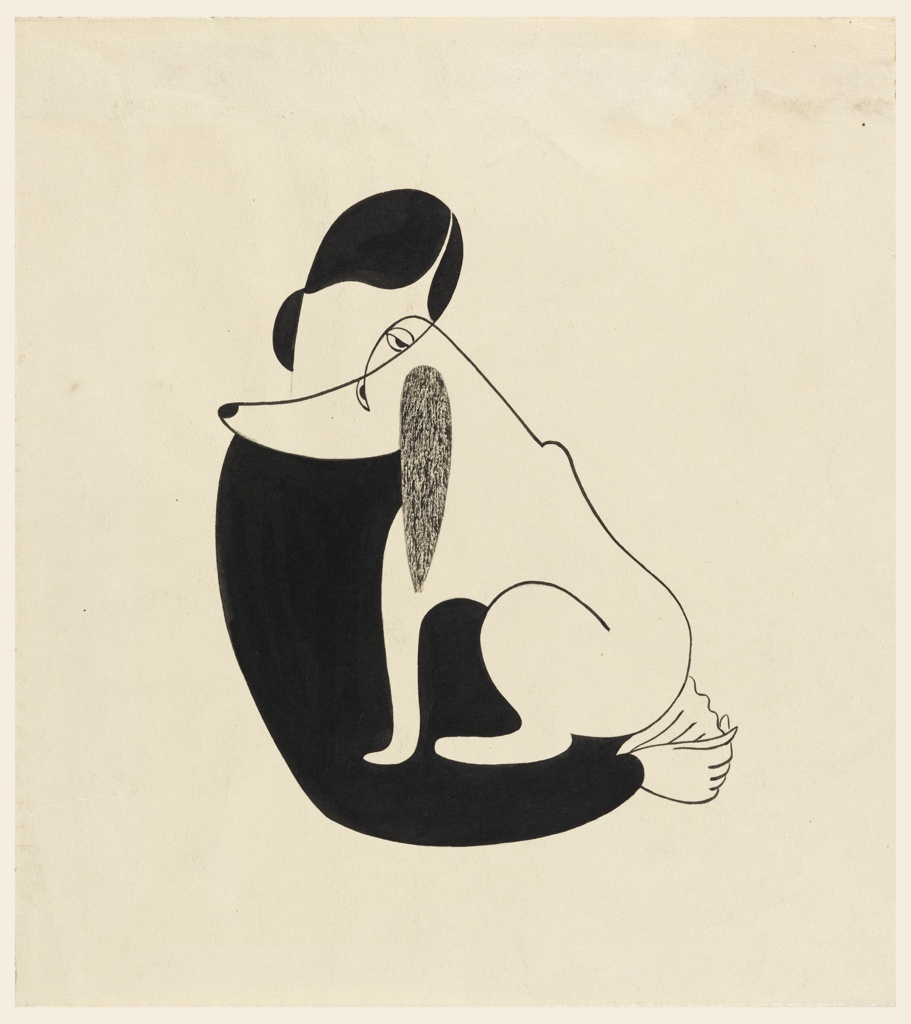 Christina Malman’s 1935 drawing of a woman embracing a dog is both aesthetically  magnetic and brimming with affect.  Using a brush with black ink and white gouache, Malman masterfully utilizes positive and negative space to create simplified forms that are at once sleekly modern and yet familiar.  The figures are depicted in a kind of rounded, candid profile.  As viewers, one has the sense that the figures are caught in a fleeting moment of stillness, the brevity of which is all too familiar for canine owners.  Selects Series curator Ellen DeGeneres included Malman’s charming drawing in her exhibition, explaining: “For the love of a dog, we would do anything!”

Malman’s graphic sensibilities, well demonstrated in this evocative drawing, one of several dozen by the designer in Cooper Hewitt’s Drawings, Prints & Graphic Design Department, led to a flourishing relationship with The New Yorker magazine in the 1930s-1950s.  Recognized for her innate talent at an early age, Malman was the 1933 recipient of the Walter Scott Perry Scholarship for the School of Fine and Applied Arts at Pratt Institute in Brooklyn, prompting the incredulous 1933 Brooklyn Daily Eagle headline “Girl Wins Pratt Art Scholarship.”  Despite Malman’s untimely death, she managed to contribute some 34 covers and over 500 hundred drawings to Gotham’s iconic weekly.  With its graphic legibility and clever plumbing of abstraction, Malman’s Woman and a Dog, might easily have been intended for the magazine.

One thought on “Dogs of New York”

i WOULD LOVE TO BUY A PRINT OF THIS FANTASTIC DRAWING BY cHRISTINA mALMAN.
dO YOU OWN THE COPYRIGHT?? iF NOT DO YOU KNOW WHERE i COULD GO TO PURCHASE A PRINT.