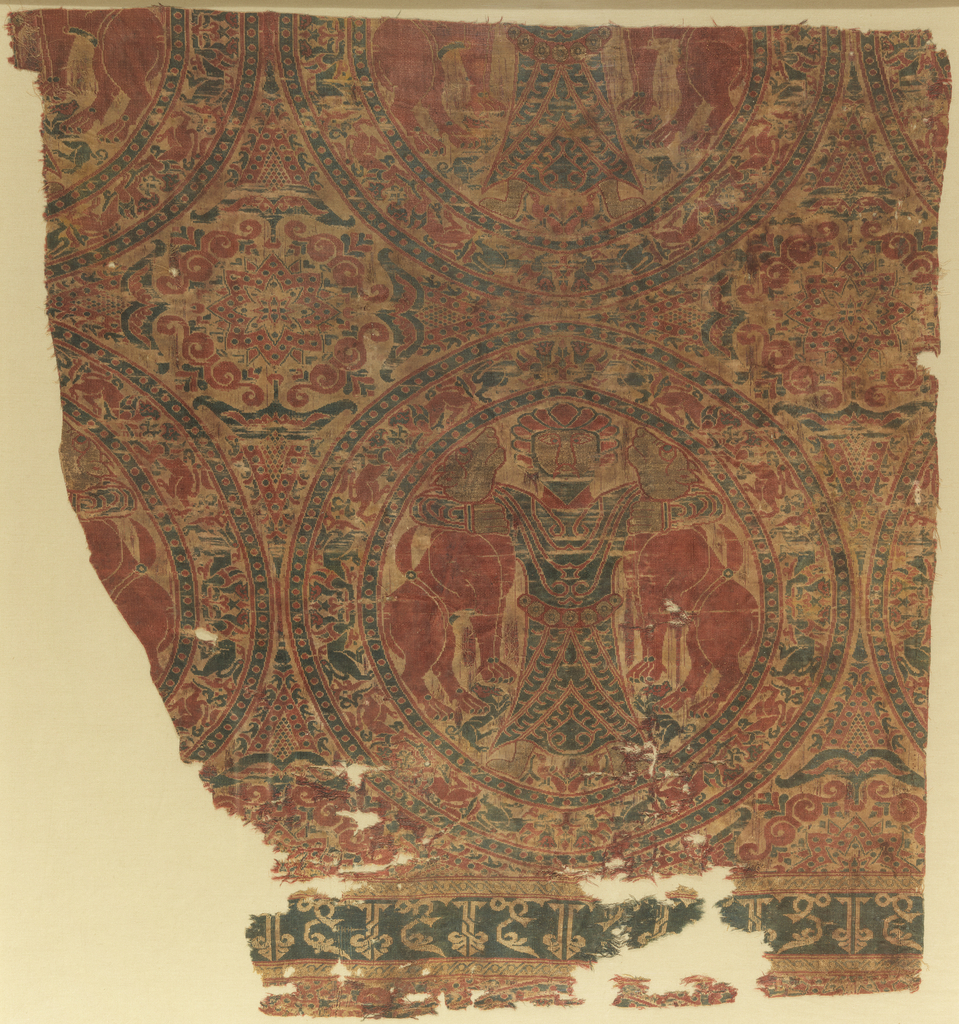 This rare textile depicting a figure known as the “lion strangler” is a fragment of a tunic, or dalmatic, from the tomb of Saint Bernat Calvó (1180-1243) in Vich Cathedral, Barcelona. Calvó was bishop of Vich and accompanied James I, king of Aragon, during the capture of Valencia from the Moors in 1238. This textile may be part of the spoils of this conquest. It was woven in Spain, possibly in the silk production center of Almería, under the Almoravid Dynasty, the Amazigh (Berber) rulers from 1090 to 1150.

A hero strangling a lion was an enduring motif in the ancient Middle East. Possibly referring to the myth of Gilgamesh or Herakles, it was considered a symbol of Persian royal power. When medieval Islamic weavers brought the motif to Europe, Christians interpreted it as a depiction of the Biblical story of Daniel in the lion’s den. In this fragment, each roundel features this scene and is surrounded with bands of pearls and griffins. It also contains an upturned Kufic inscription which reads “al-yumn,” or prosperity.