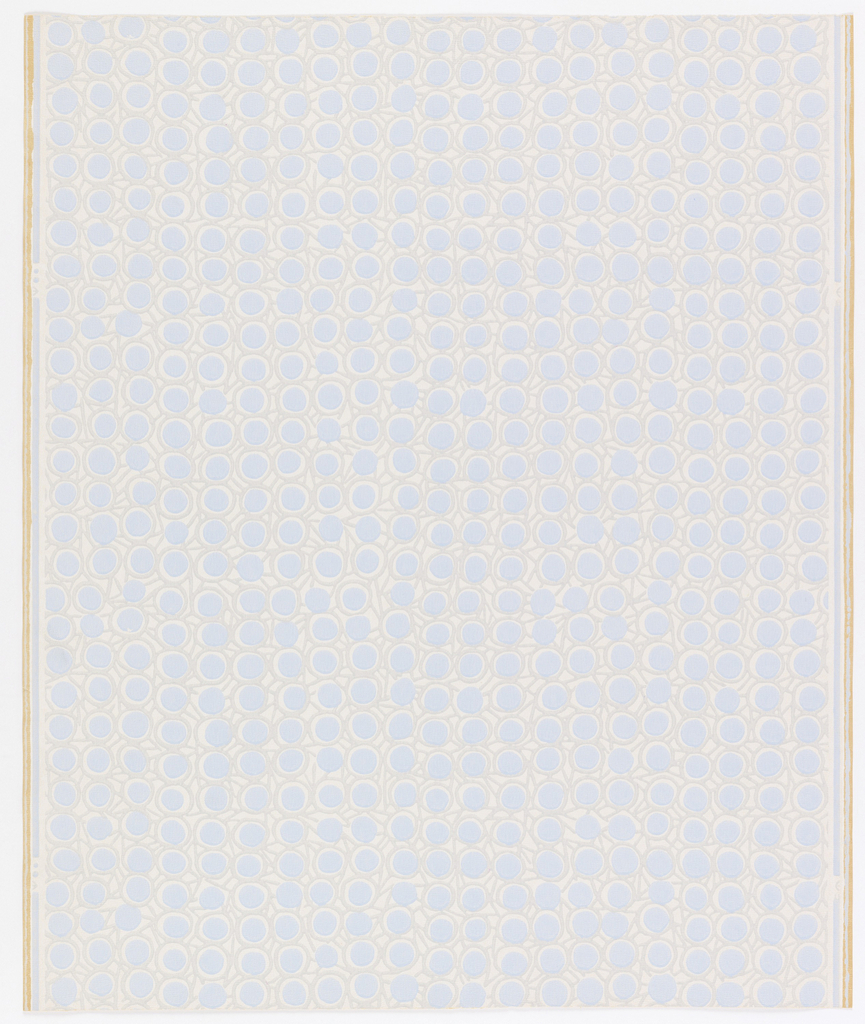 Gerd Göran’s Slån wallpaper design shows pale blue dots arranged in rows within an irregular, light-gray net on white ground. The pattern is at first reminiscent of bubble wrap, or maybe even caviar, if you’re feeling fancy. Swedish speakers, however, might realize that the name of the paper hints at the designer’s inspiration. Slån (sloe, in English) is actually a type of bushy plant that bears round, blue berries. Apparently the paper is referencing neither bubbles, nor caviar, but instead shows sloe berries abstracted into a repetitive, two-dimensional pattern. The berries, aside from acting as muse for Ms. Gorän’s wallpaper design, are often used as an ingredient in preserves and jellies, and their juice is traditionally added to dubious batches of port to increase palatability.

Despite its unassuming name and appearance, Slån is actually quite a distinguished wallpaper. In 1953 the Swedish magazine, Form, organized a competition to encourage collaborations between independent artists and established manufacturing firms. Out of over eight-hundred designs, Slån was chosen as winner, and a run of the design was produced by Norrköpings Tapetfabrik, a Swedish company that had been actively commissioning artist-designed wallpapers since the 1930s.

← Poor’s Plate
A Souvenir from the Fair →