Sheila Hicks (American, b. 1934) is one of the most important contemporary textile artists of the 20th and 21st century. Born in Hastings, Nebraska, Hicks received BFA (1957) and MFA (1959) degrees from the Yale School of Art under the tutelage of Josef Albers. Awarded a Fulbright scholarship to paint in Chile, she photographed indigenous weavers and archeological sites in the Andes and also learned to weave from local weavers beginning an investigation into fiber as an artistic medium that Hicks continues to this day. She would eventually live and work in many countries such as Chile, Peru, India, Thailand, Morocco, Saudi Arabia, France, and the United States.

Hicks is the recipient of numerous awards including the Smithsonian Archives of American Art Medal (2010). She was named a Chevalier dans l’ordre des Arts et des Lettres by the government of France in 1987, and elevated to Officier in 1993. Additionally, she holds Honorary Doctorates from the Ecole nationale supérieure des Beaux Arts de Paris (2014) and the Rhode Island School of Design (1984).

Sheila Hicks has resided and worked in Paris since 1964. Crossing Colors
In tandem with her artistic practice, Sheila Hicks has been engaged with the fields of architecture, design, and textile industry for over 50 years. Crossing Colors is Hick’s latest commercial collaboration. Working with Momentum Textiles, she has created a collection of three patterned weaves (Painting Strokes, Drawing Lines, and Crossing Colors) with coordinating solids (Weaving...
Posted By
Susan Brown
Date
December 7, 2015 Papillon
Sheila Hicks is one of the most important textile artists of the 20th century. She trained as a painter under Josef Albers at Yale’s School of Art and Architecture, and upon his recommendation applied for a Fulbright scholarship to study in Chile, commencing her lifelong commitment to textiles. Papillon (1997-2004), like others in her Miniatures...
Posted By
Jacqueline Sullivan
Date
October 10, 2014 Quarry Spider
Sheila Hicks’ Quarry Spider (2003) is an artistic achievement in color, structure and technique. The small weaving, measuring only 9 ¼” x 5 7/8”, is one of almost 1,000 works included in her series Miniatures – an enduring project that began over 50 years ago. Each was created on a small loom constructed from painter’s stretcher...
Posted By
Jacqueline Sullivan
Date
September 9, 2014 American Modern, made in India
Sheila Hicks has lived and worked in many countries, and always immerses herself fully in the culture. In 1965, she was approached by a representative of Commonwealth Trust of Calicut, Kerala, India. CommTrust was (and is) the longest continually operating hand-weaving mill in India. The mill had thousands of highly skilled weavers, but their fabrics...
Posted By
Susan Brown
Date
January 4, 2014 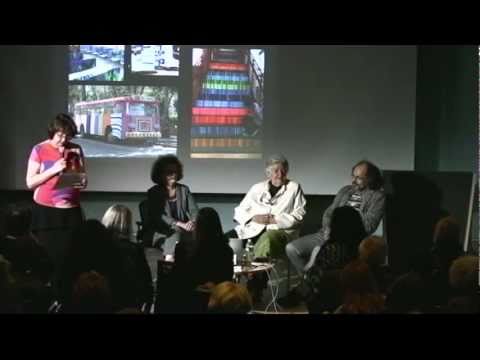 Color Lives: A Conversation about Art, Life, and Fashion
Textiles serve as the most engaging and tactile vehicle for color and life. They wrap, protect, and define us, and tell stories of the maker, user, and culture in which they were woven. This lively conversation with fashion curator, Dilys Blum; artist, Sheila Hicks; and designer, Luca Missoni will cover topics related to current exhibitions...
Post Type
Video
View All Collections Objects
Sheila Hicks
Explore More
Women in Design Women in Textile Design