Born in Budapest, Eva Stricker (Hungarian, 1906–2011) entered the Royal Academy of Fine Arts at age 17 intending to become a painter, but her mother urged her to apprentice for a traditional potter instead. A year after attaining journeyman status, her work was displayed at the Philadelphia Sesquicentennial where she won an honorable mention. Zeisel worked as a designer in the Kispester Factory in Budapest, but she went on to travel widely throughout Europe to broaden her horizons and develop her skills at pottery.

Zeisel moved to Russia in 1932, eager to experience the artistic and social movements sweeping the country. She was offered a position assisting in the modernization of the ceramic industry, which required her to travel across Russia to understand the industry and coordinate the creation of a central manufactory. Proving her skills, Zeisel was eventually appointed national Artistic Director for the Porcelain and Glass Industries.

In 1936, she was accused of political dissent during the Stalinist purges and imprisoned for 16 months. She was subjected to solitary confinement and other forms of torture before being released and put on a train to Austria. Escaping the Anschluss, she continued on to England where she married Hans Zeisel. The couple immigrated to New York in 1938.

Zeisel’s accolades include a commission from The Museum of Modern Art to design a line of porcelain dinnerware, which was presented as part of an exhibition in 1947. She also taught ceramic arts and industrial design at the Pratt Institute in Brooklyn, New York, from 1939 to 1952 and lectured widely thereafter. In 2005, she received Cooper Hewitt, Smithsonian Design Museum’s National Design Award for Lifetime Achievement.

Ziesel’s works are part of numerous collections including the Brohan Museum in Berlin, The British Museum, The Brooklyn Museum, The Metropolitan Museum of Art, The Museum of Modern Art and the Victoria and Albert Museum. Zeisel regularly produced new designs up until her death in 2011, at age 105.

Eva Zeisel: A Lifetime of Design
Eva Zeisel (1906–2011) was born in Budapest and only immigrated to America in 1938 after having been imprisoned by the NKVD in Russia for an alleged plot on Stalin’s life. She lived in America for the rest of her life though she continued to work internationally and worked until she passed away in 2011 at...
Post Type
Learning Lab

An Early Eva Zeisel Design
In celebration of National Design Month, October’s Object of The Week posts honor past National Design Award winners. A version of this post was published on November 13, 2012. Eva Zeisel, a major figure in twentieth-century industrial design, won the National Design Award for Lifetime Achievement in 2005. Although best known for her contributions to mid-century...
Posted By
Cynthia Trope
Date
October 5, 2020

Coming Together
Eva Zeisel’s Town and Country line for Minnesota’s Red Wing Potteries, Inc. is an icon of the twentieth-century table. Available in several colors, Town and Country reveals many things—from Zeisel’s unique biomorphic forms, to the emergence of informal dining during the 1940s, to foreshadowing the “atomic” look of tableware in the 1950s. These salt and...
Posted By
Catherine Acosta
Date
May 11, 2016

Flatware Cutouts, Eva Zeisel
Born in Hungary in 1906, Eva Zeisel endured two world wars and the Soviet revolution. She spent sixteen months in a Russian prison and escaped Nazi persecution before emigrating to the U.S. in 1938. Best known for her ceramics, Zeisel called herself a modernist with a “little m.” She rejected doctrinaire geometries in favor of...
Posted By
Ellen Lupton
Date
November 11, 2014

An Early Eva Zeisel Design
Designer Eva Zeisel, born on this date in 1906, passed away at the age of 105 last December. A major figure in 20th-century industrial design, she is perhaps best known for her contributions to mid-20th century American modernist ceramics. Her career, however, spanned more than 80 years, and we are fortunate to have some of her early...
Posted By
Cynthia Trope
Date
November 13, 2012 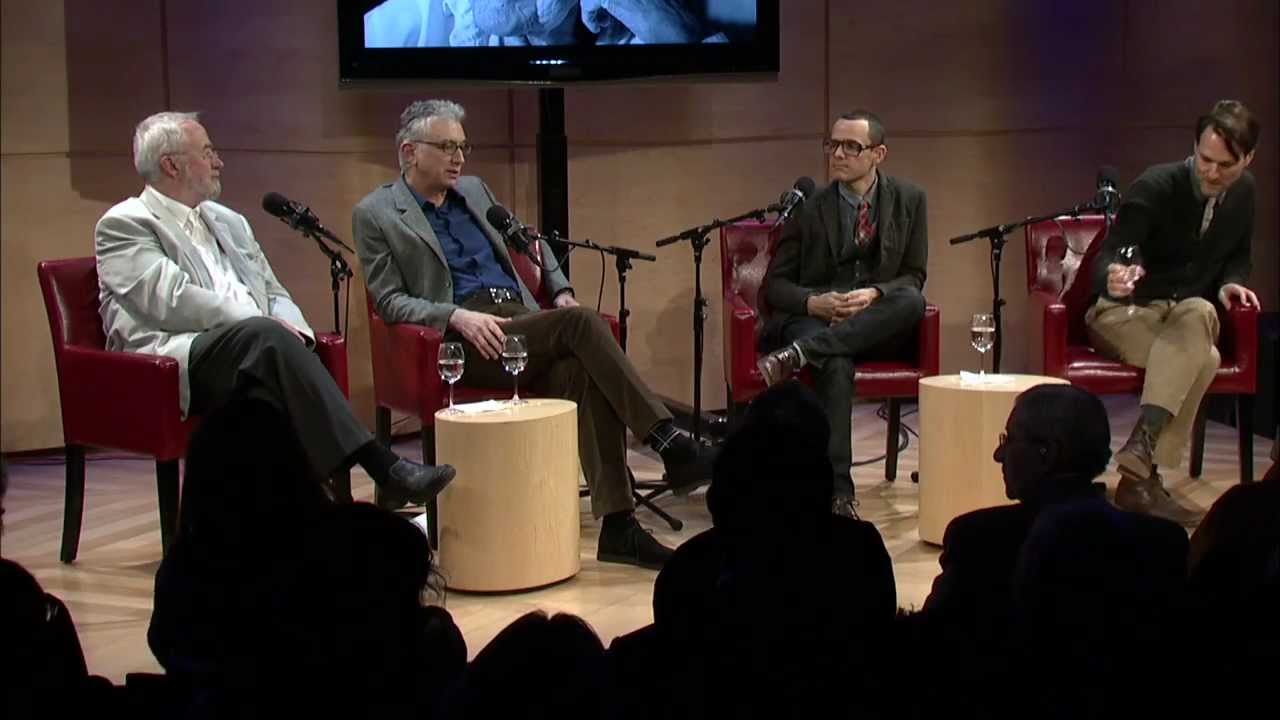 Bill’s Design Talks: A Tribute to Eva Zeisel
Eva Zeisel was an industrial designer, ceramic artist, writer, and force of nature. During her extraordinary career, which spanned nine decades, she produced highly recognizable domestic items that changed the way Americans set their tables and furnished their homes. Zeisel was widely regarded as a master of modern design, creating objects that were beautiful as...
Post Type
Video

Eva Zeisel’s Playful Search for Beauty
Eva Zeisel was 105 years old when she died on December 30, 2011. She was born in Budapest, Hungary, in 1906 and entered the Hungarian Royal Academy of Fine Arts as a painter in 1923, but soon decided that she wanted to become a “maker of useful things.” She apprenticed herself to a pottery master...
Posted By
Katie Shelly
Date
January 3, 2012
View All Collections Objects
Eva Zeisel
Explore More
Women in Design Women in Product Design