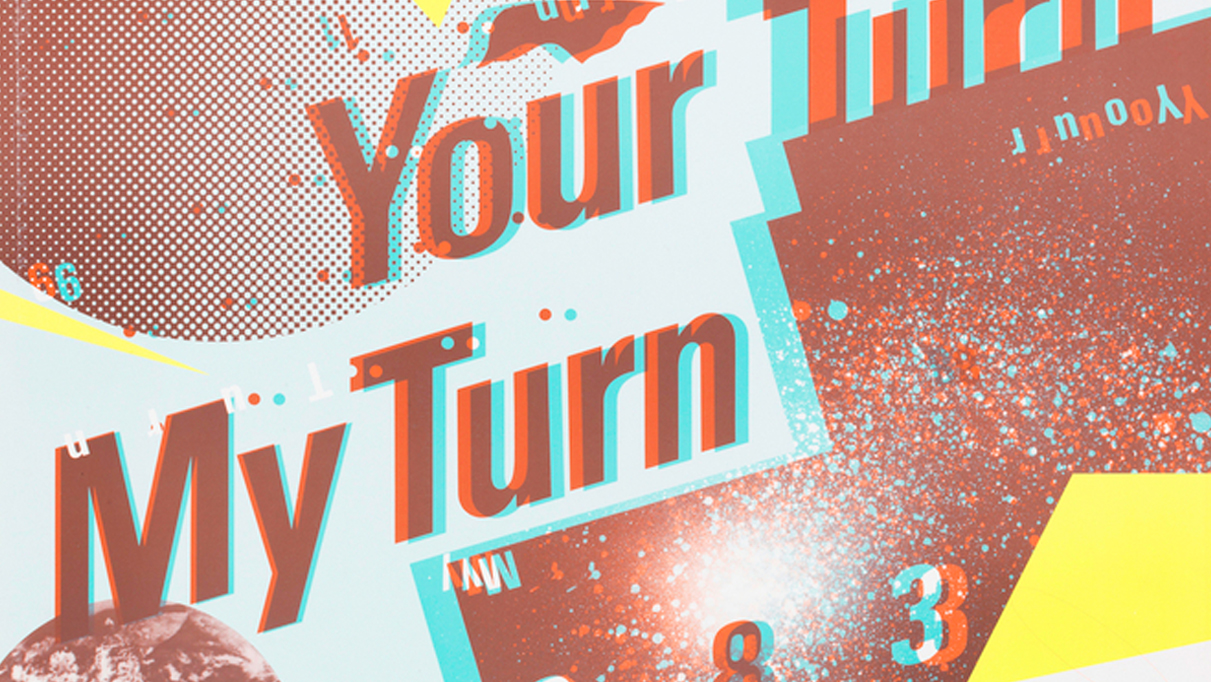 April Greiman (American, born 1948) trained at Kansas City Art Institute from 1966 to 1970 and continued her postgraduate studies with Wolfgang Weingart and Armin Hoffman at the Kunstgewerbeschule in Basel, Switzerland, from 1970 to 1971. Greiman became an instructor at Philadelphia College of Art and worked in both Philadelphia, Pennsylvania, and New York City.

In 1976, she moved to Los Angeles, California, and established her own studio, where she became the leading figure of emergent “NEW WAVE” design. Greiman was then appointed to Director of the California Institute of the Arts in 1982 where she had the opportunity to work with photographer Jayme Odgers to experiment with video and computers. Greiman’s approach to design is to look at the page as a three-dimensional space through the juxtaposition of typography, photography, and other elements. April Greiman: Objects in Space
Pioneering transmedia designer April Greiman has pushed graphic design into new dimensions, from the built environment to augmented reality (AR). Greiman’s designs are among the first digital graphics ever made, and her innovative use of advanced digital technology has made her a leader in the design world. In this talk, Greiman speaks about her career...
Post Type
Video Mind and Body
In celebration of Women’s History Month, Cooper Hewitt is dedicating select Object of the Day entries to the work of women designers in our collection. “I believe that all designers come to a task with a unique way of ordering that is particular to their past experiences, and perhaps even their genetic structure,” says maverick...
Posted By
Adrian Madlener
Date
March 31, 2016 The Dan Friedman Collection
American designer Dan Friedman was a student of Swiss master Armin Hofmann in the late 1960s. Friedman was working at Anspach, Grossman, Portugal, Inc., when the firm secured the account for the new Citicorp identity. He designed Citicorp’s logo and other key elements of the brand campaign. His poster for Citicorp Center, advertising Citicorp as...
Posted By
Gail Davidson
Date
May 20, 2015
View All Collections Objects
April Greiman
Explore More
Women in Design Women in Graphic Design